The 744-piece set features a new rendition of the building made from the classic plastic blocks, following a 208-piece interpretation released in 2009. The new set provides a much more realistic portrayal of the Wright's original building as well as the 10-story limestone tower added by Gwathmey Siegel & Associates Architects in 1992 (based on Wright's original sketches).

The new kit comes packaged with a special instruction manual that includes details of the real-life building's construction and the architect himself. Check out the set on LEGO's website, here, and read a review of the kit at Brick Brothers, here

As any architect who has played with LEGO can tell you (which, let's face it, is nearly all of us), one of the most exciting yet struggling steps is just starting off on that tabula rasa of the standard, flat LEGO base.

19 Of Our Favorite User-Created Architecture LEGO Sets (Which You Can Vote Into Production!)

A lot of architects love LEGO-but few may be aware of the LEGO Ideas platform, which allows LEGO fans to submit their own ideas for future sets, and if they gather enough support, be considered for production as a real LEGO product. 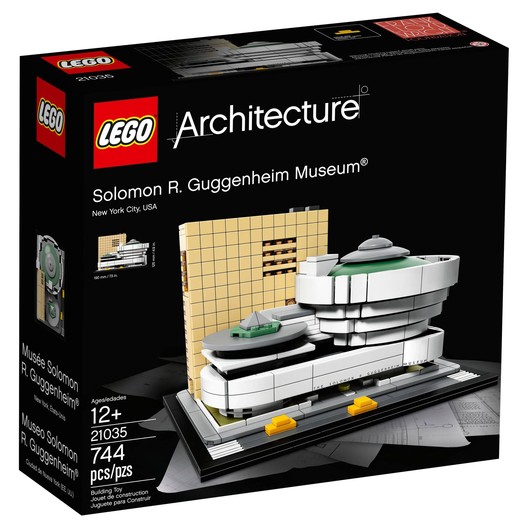