Save
19 Of Our Favorite User-Created Architecture LEGO Sets (Which You Can Vote Into Production!)
Share
Or
Copy

A lot of architects love LEGO—but few may be aware of the LEGO Ideas platform, which allows LEGO fans to submit their own ideas for future sets, and if they gather enough support, be considered for production as a real LEGO product. Here we’ve created a selection of our favorite architectural proposals from the platform; though some have already expired due to a lack of votes, many others included here are still open for voting to become a real set if you so desire. If on the other hand, you feel that our list is lacking a particularly LEGO-worthy building, this could be your time to shine; design your own set and gather support! One day soon, thousands of LEGO enthusiasts could be puzzling over your little architectural gem. 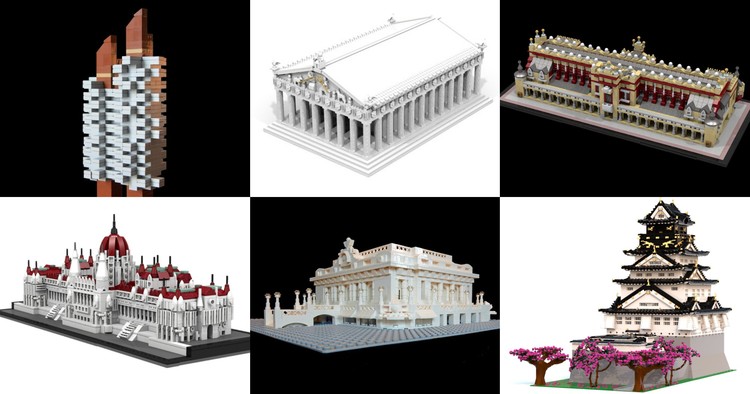 Without a Mies van der Rohe building, this list would feel incomplete—and what better building to include than the Barcelona Pavilion? His simple, modern style is translated into LEGO without losing its essence.

As an iconic part of architectural history, the Bauhaus building must be included on our list of favorites. The model, although simplified, is strikingly similar to the real building, as can be seen on the designer's images of the set "on site."

Not modeled after an existing building, box N seeks instead to create a true "LEGO building," using the existing standard bricks to study and analyze the architectural model. Through simple "addition and subtraction," the architect behind its design creates spaces and voids, openings and skylights.

Even if this design is not the most complicated set on this list, it is most certainly one of the most complete; the LEGO model proposes fully realized plans of all 8 floors of the famous Japanese castle. Because of this, the set is designed in a modular fashion, allowing LEGO fans to review each floor with ease.

This is a set that acts as a method for form finding, instead of a mere aesthetic or fun activity. Following the current trend of morphing architecture, this set is aiming to create a quicker, easier alternative to 3D modeling software.

"The Heart of New York City" is depicted in a beautifully LEGO-detailed model, including the interiors, passed through by hundreds of thousands of people each day. This model strikes a pretty much perfect balance between architecture and LEGO.

Designed by Alexander Thomson, the original villa is now a tourist attraction in Glasgow, Scotland. The model is proposed as an architectural, white set after the style of many LEGO architecture sets, despite the sandy stone facade of the real building.

Despite being what the designer himself calls a "micro-scaled model" of one of Budapest’s landmarks, this LEGO set contains an incredible amount of detail. It collected more supportive comments on LEGO Ideas than usual, but sadly not enough votes to realize its design.

Whereas most of these sets were created for fun, this one was taken on with a greater goal in mind: to immortalize a building in danger of demolition through a simple LEGO set. Focusing mainly on capturing the building’s unique form, it’s a simple, relatively small set.

If this proposal had been realized, it would be the largest LEGO set in existence, with 80,000 bricks. Due to its already enormous size, this set does not delve into the interiors of the building—but after finally completing the facade, you’d probably be very thankful for that.

This minimalist model contains only the facade of the building, just adding a darker box behind it to serve as a background for the white bricks. By sticking to just a few existing pieces, the model keeps an authentic LEGO appearance but still manages to quite accurately replicate the Palace of Italian Civilization.

Given that it's an architectural classic, of course somebody proposed a Pantheon LEGO set. However, like many of the classics, this one hasn’t made it to the review stage either.

Located in Seoul, Sungnyemun is one of the largest castle gates in Korea and, as seen in the incredibly complex model, also one of the most beautiful. It already exists as a smaller LEGO set, but this one is attempting to tackle all the intricate details that make the building so majestic.

Seeking to perfectly emulate the original “Renaissance jewel,” this model is based on the building's original architectural plans, including some interiors of the building, while still keeping it on a relatively small scale.

A well-known historical building now only seen as ruins, this LEGO set is aiming to recreate the Parthenon as it was originally designed.

Representing the newest building on the list, this set is built almost entirely out of transparent LEGO plates and roof tiles, yet still manages to look incredibly sleek. Unfortunately, this wasn’t enough to garner the votes needed to be reviewed by LEGO.

It’s not easy to decipher the LEGO model’s construction from the provided renderings, but in spite of this, the proposed set looks like a grand one to accomplish.

Though this is probably the most minimalistic set on our list, its simplicity is exactly what got it here in the first place—especially because it’s an Aalto building. Despite the lack of detail, this model captures the architecture exactly the way LEGO should.

Another set inspired by Italian architecture, the Villa Rotonda’s geometric plan seems like a good design to test through LEGO. Due to the small size of the LEGO model, details such as windows are sacrificed, but if you don’t have enough time to spare on the large, complex sets, it’s an ideal model to complete in a short amount of time, using few pieces.

Now that we've seen what can be done, perhaps you won't be afraid to realize your dream of creating your own, real LEGO set. Who knows? Yours could be on our next list of LEGO favorites. 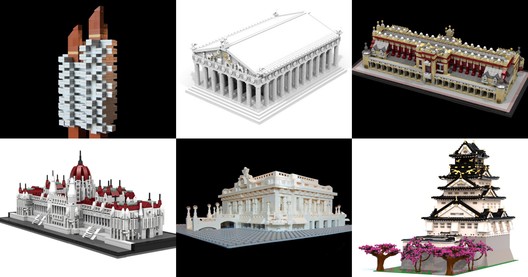