The Curry Stone Design Prize has selected 11 honorees as part of June’s Social Design Circle, whose work responds to the question: Can Design Reclaim Public Space? From NGOs to design collectives across the globe, each winner addresses notions of usage, organization, and amenities within the realm of public space, and is featured on the prize’s website. In addition to a new circle of monthly winners, the prize hosts a weekly podcast, Social Design Insights, complimenting the featured work and expanding on the monthly themes with leading practitioners in social design.

Here are the 11 members of June’s Social Design Circle:

With a team of architects, social scientists and informal traders, this South African NGO seek to address informal traders’ limited knowledge when it comes to public zoning and planning, which usually results in their eviction from established spaces. Most notably, the organization has worked on Durban’s primary transportation hub, the Warwick Junction, creating infrastructure for traders as the hub channels 460,000 daily commuters and 5,000 traders, while also defending vendors’ rights and documenting their daily lives.

Widely known for its transformation of landfill waste into vibrant playgrounds, Basurama is a Spanish collective of architects focusing on cultural amenities and the nature of waste: that of space, production, and consumerist culture. Using waste as a catalyst for public opportunity, the group has developed a community training program, Urban Solid Waste, which empowers disadvantaged communities with tools to convert their waste into improvements, working with municipalities and local designers.

A French design collective founded in 2009, Collectif Etc. challenges the prescribed roles of players in the act of creating urban spaces, including architects, builders, and planners. The group firmly believes in the importance of the part residents have to play in the evolution of a city, and its work is dominated by the Detour de France – a series of 20 projects created during a caravan trip around the country with a tight budget and lots of experimentation.

Founded in 2005, this Madrid-based firm primarily works on the revitalization of industrial areas and poorly developed suburbs, through the use of Passivhaus design, open-source technology, and community participation, which is then translated in their buildings and public spaces that celebrate biodiversity and social interaction. With reusable industrial materials at the forefront of their designs, the firm has also developed a multitude of apps to collect community input in the realization of a project.

Before disbanding in 2015, this European design collective gained traction with an installation for the French Pavilion at the 2006 Venice Biennale, creating a space that combined a full kitchen, a hotel, a sauna, and a plunge pool in a statement that highlighted architecture as something to be experienced, not simply observed. After living and working in their installation, the team went on to collaborate with those outside of the conventional architectural field, instead focusing of the reclamation of the physical and social environment by everyday people.

Interboro is based out of New York City, and through interdisciplinary approaches uncovers dysfunctional aspects of public space through ecological, social and economic lenses. The firm’s first project addressed the issue of “landbanking” in relation to a failing mall in Dutchess County, a scenario where developers purposely close properties in hopes of increasing land value. Interboro, in turn, promoted functional and needed activities to restore the mall to a functional public environment.

As the name suggests, the biological act of creating future generations with qualities lacking in the present forms the basis of Interbreeding Field's work. Merging historical, social and physical fields, the educational programs brings together students to create structures and installations as a commentary on the use and potentials of public space.

From cleaning lakes of compostable waste in Nairobi to creating a community hub within a trailer park in the Coachella Valley, KDI’s work focuses on systematic solutions for communities in need through engagement and conversation. The nonprofit design organization never seeks out issues, instead engaging with communities to address their requirements and needs, often through minimal resources and low-cost solutions.

“Bye Bye Utopia.” This statement is the crux of this German collective’s urban interventions, which contrasts the hyper-planning of urban issues and spaces that are characteristic of 20th-century utopian visions. Their Hotel Neustadt was a six-month project developed for a two-week festival in the city, reinvigorating the urban context and eventually becoming a staple location; thereby serving as an example of how in an effort to revitalize a city, a smaller intervention becomes the city itself.

An architectural office that describes itself as a “Search and Rescue” team, Studio Basar was founded in 2006 seeks out dysfunctional urban moments, referencing the “search” aspect of the work. “Rescue” entails urban interventions including single-family homes, installations, and exhibitions. Deeply rooted in a Romanian nationalist context, the office recently published a book that traces eviction and private property over the last 150 years, as Romania still struggles with a history of authoritarianism and the forces of the current market.

YA+K is a French collective that focuses on the use of means of production, such as computers, 3D printers, DIY solutions and hand tools. The ambition is to help the public mold their own spaces in an effort of self-actualization, through material reuse, public workshops, vacant lots and gardens – “a paradigm of a performative social construction.”

To learn more about all the categories and winners thus far, as listed below, check out the prize's website, here:

In honour of its 10 th anniversary, the Curry Stone Design Prize will recognize a large group of the world's most socially conscious and active design practices, in what the Foundation has coined as the Social Design Circle. 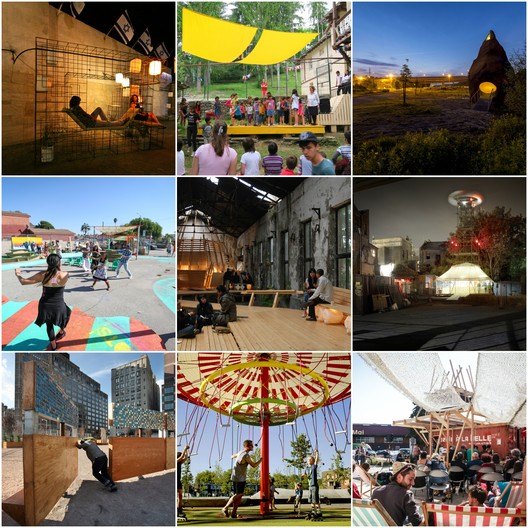