Steven Holl Architects has broken ground on the Nancy and Rich Kinder Building for Modern and Contemporary Art at The Museum of Fine Arts in Houston, Texas. Selected through an international competition in 2012 among finalists Snøhetta and Morphosis Architects, the winning proposal is a 164,000-square-foot museum building that will be one of the campus’s two newest additions. To expand and unite its campus as an integral experience, the Museum is also realizing a new Glassell School of Art also designed by Steven Holl Architects, totaling a 14-acre redesign led by the office. 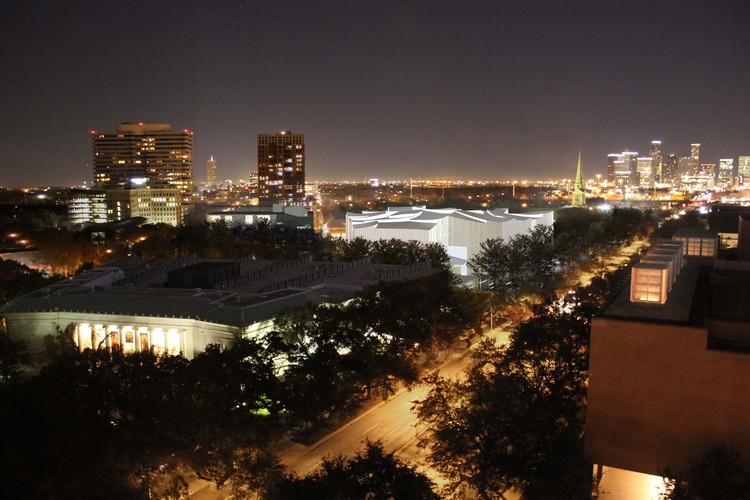 This is indeed an exciting day! It's my first groundbreaking in 40 years of practice with the first third of the campus design already built up to the second floor - instead of a parking garage, it's a new Glassell School of the Arts beautifully crafted by a great team. They will build the Kinder Pavilion breaking ground today! - Steven Holl.

Permeability is a key strategy surrounding the new museum building, shaped by “gardens of horizontal porosity and open on all sides.” Seven gardens “slice” the perimeter of the campus, marking points of entry. The largest central garden court serves as the entry point onto the main campus grounds.

A unique feature of the building’s design is its distinctive sliced-canopy roof. Steven Holl Architects describe the roof as “concave curves, imagined from cloud circles” that “push down on the roof geometry, allowing natural light to slip in with precise measure and quality” – a key feature for its top-lit galleries. The undersides of the ceiling elements also reflect light onto the interior gallery spaces.

A triple-height central forum serves as the program’s atrium with vertical circulation to the upper floors. A stepped ramp and elevators link the lobby and gallery levels for direct access to all galleries. Gallery rooms are organized horizontally on two levels, punctuated by views of the seven gardens.

The museum’s translucent skin is composed of glass tubes, providing natural light to the galleries and forming a 'cool jacket' around the new building. The transparent skin serves a dual purpose reducing solar gain and creating cooling energy. At night the façade will be lit from the inside, with its “glowing walls” serving as “an open invitation to enter the museum.” Steven Holl Architects previously won the Daylight Award in Architecture in 2016 for their innovative use of light in designing interior spaces, including their Nelson-Atkins Museum in Kansas, and the Museum of Ocean and Surf in Biarritz.

In complementary contrast, the new building will provide a strong contribution to the existing unique collection of MFAH architecture – Steven Holl Architects.

The entire MFAH campus redevelopment project is slated for completion in late 2019.

As the founder of Steven Holl Architects, Steven Holl (born December 9, 1947) is recognized as one of the world's leading architects, having received prestigious awards for his contributions to design over the course of nearly forty years in practice, including the prestigious Alvar Aalto Medal in 1998, the AIA Gold Medal in in 2012, and the 2014 Praemium Imperiale. 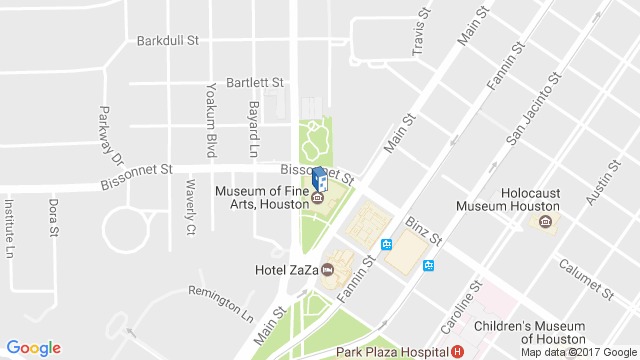 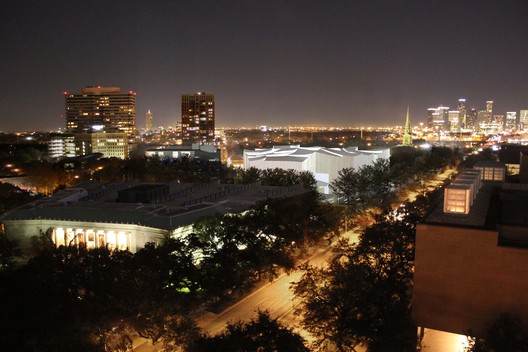