On a tree-lined avenue in Singapore, fittingly named Orchard Road, Apple has opened its first Flagship store in the city-state, highlighting its role as a global center for creativity and innovation. Designed by Fosters + Partners, in collaboration with the design team at Apple, the Orchard Road Flagship seeks to create a new social focus by working in tandem with nature, blurring the boundaries between inside and out. 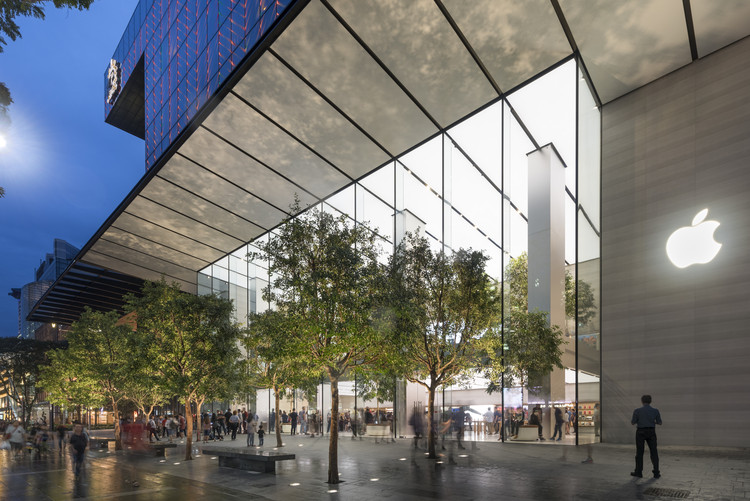 This is one of our greenest Apple spaces yet - not only does all the energy come from renewable sources, but it is filled with lush trees. It also breaks down the boundaries between the inside and outside, with the greenery cascading through the store from the mezzanine to the ground floor and out to onto Orchard Road, creating the most welcoming civic gesture - Stefan Behling, Head of Studio, Foster + Partners.

Like Singapore, Apple Flagships have come to be recognized as a center for vibrancy, creativity, and innovation. On Orchard Road, the apple doesn’t fall far from the tree.

Renderings have been revealed for the upcoming apple store in Milan's Piazza Liberty, designed by Foster + Partners in their latest collaboration with the technology giant. Following an extremely site-specific approach, the new flagship store will be located under the existing piazza, introducing a new public amphitheater and waterfall feature that will double as the store's entrance.

The US Patent and Trademark Office have awarded a patent to Apple for the design of their flagship store on Fifth Avenue in New York, reports MacRumors. The patent, applied for by Apple in 2012, applies to the above-ground glass cube, which was originally designed by Bohlin Cywinski Jackson and - after a renovation in 2011 - is made of just 15 glass panels with minimal steel fixings. 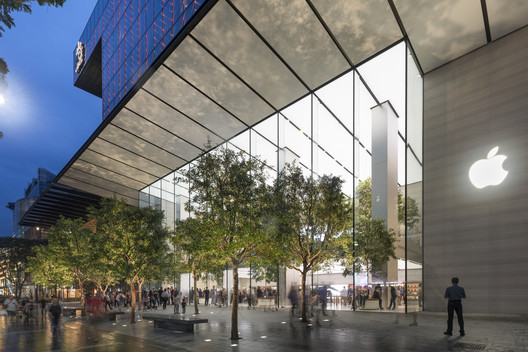