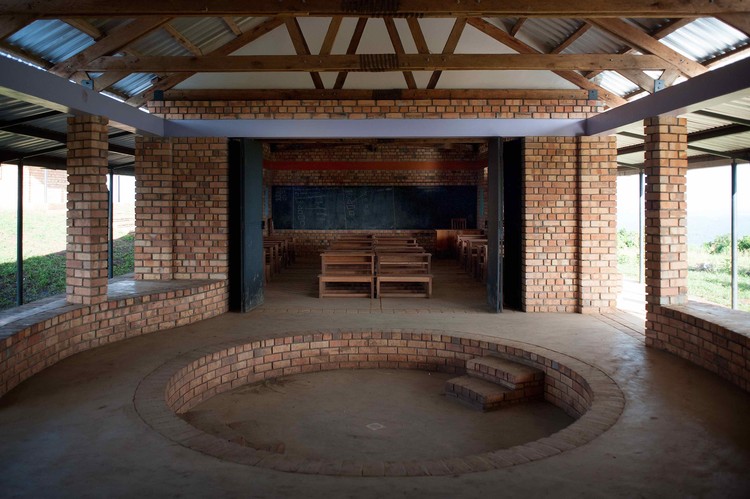 Text description provided by the architects. The Cotton On Foundation is a non-governmental organisation from Australia which, amongst other programmes around the globe, is in the process of creating a total of 20,000 new educational places for primary and secondary school children in Southern Uganda by the year 2020. To achieve this ambitious target, several avenues are being pursued, amongst them the COF Outreach Village School programme which consists of the construction of primary schools in remote villages around the two districts of Rakai and Lwengo. Each school is to accommodate 500 students and ten teachers, the latter residing on site. Wherever possible, existing buildings are being upgraded and new buildings added as required. Three of these schools have been completed to date, five are under construction, and a further twenty or so are to follow in the coming three years.

In late 2013, Studio FH Architects were approached by the Cotton On Foundation to develop a set of typical primary school building designs that can be constructed on various sites with differing environmental conditions. Prior to that, COF had just started to work with Australian architect Ross Langdon who, in September 2013, tragically died in the Nairobi Westgate attacks; Ross, a friend and collaborator of Studio FH, had left behind a sketch design of a typical classroom building which COF wanted to use as a basis for the design development.

The requirement of buildings that are adaptable to many different sites called for designs that are largely independent of their orientation towards the sun. Whilst tropical design principles normally generate buildings elongated along the east-west axis, it was evident that some sites would present us with a topography that made north-south alignment inevitable. This consideration led to a classroom block module with covered walkways on all four sides.

In the absence of a formal dining or assembly hall due to budget considerations, one of the classroom blocks features a multipurpose space with a lowered circular seating area located in- between two classrooms. Both adjacent classrooms have full-width pivoting and sliding panel doors which, when opened, create an enlarged assembly space for the school community. When closed, the doors act as blackboards for an informal covered external teaching or activity space.

When selecting materials, the key consideration was the fact that the schools were to be handed over the Government of Uganda and as such their operation would fall under the responsibility of the Districts. Given the precarious financial situation many districts find themselves in, schools were to be built of solid, long-lasting, low-maintenance materials. Cement screed floors, fair-faced clay brick and glass-less window shutters were selected for their outstanding behaviour over time; particularly the yellowish multi-coloured clay bricks, manufactured by Butende Brickworks near Masaka, help creating buildings that virtually don’t age despite the either dusty or muddy environments they find themselves in.

The simplest of passive design principles form the basis of the classroom design; reflective roofing material, shading of all windows, good cross-ventilation due to shallow building depths and upwards movement of air owing to elevated vent roofs. The latter is a typology quite common in southern and western Uganda, mostly seen on historical industrial buildings such as coffee factories and mills. Daylight provision is enhanced by roofsheet perforations in selected areas of the vent roofs; this feature allows for a well-lit learning environment even in stormy conditions when the steel-timber shutters have to be closed as a protective measure against wind and driving rain. 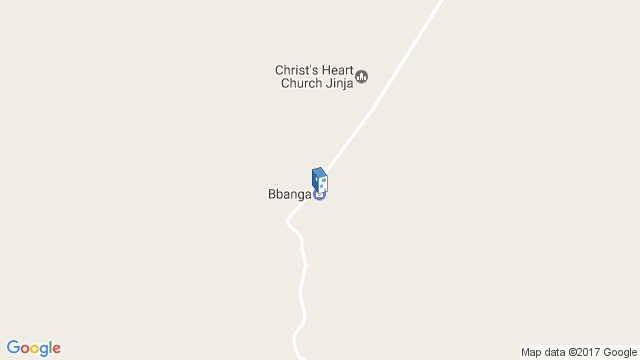 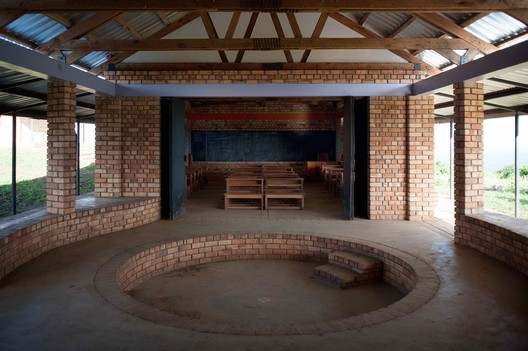