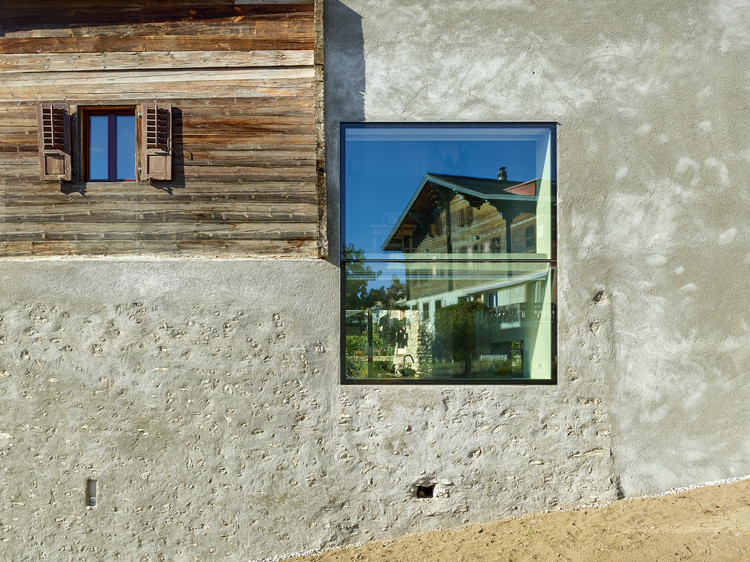 Text description provided by the architects. Situated in the old village of ormône, this house was built in 1860, and then altered over the years.

It stands in the middle of an area of the village that has tremendous character, and consists of a masonry base of natural stone whose upstream part rises up to form the backbone of the building and whose downstream part is surmounted by a timber structure.

The timber part is simply raised. The masonry part is altered. This stone spine, which links the whole project together, is extruded in a kind of "chimney" to the east and extends to the north to form an annexe.

The rustic simplicity of this building is accentuated by the treatment of the outer walls, which are given unity by a coating of simple render, applied both to stones from which render had been removed so they could be re-pointed in a style similar to traditional "pietra rasa" plasterwork, and also to the new parts constructed in concrete.

The large areas of glazing flush with the exterior further accentuate its mineral appearance, emphasising its carefully-smoothed lines, while orienting the spaces towards chosen views: the rhône valley to the east, savièse to the north, the mountains of val d’hérens to the south and the garden to the west.

In the northern part, the spaces are structured by two partial floor slabs, which open onto circulation and living spaces and allow visual relationships between the occupants of the different levels, the children on the first floor and their parents in the eaves. The character of the house's exterior is echoed in its interior by the use of a mineral coating on the walls, and by the use of exposed concrete slabs for the floor.

In the southern part, set behind timber walls, the bedrooms are covered with larch panelling, producing a contrast with the rest of the project.

This timeless contrast between mineral and the wooden elements, established when the house was first built, is thus retained and reappropriated, providing consistency with the original structure. 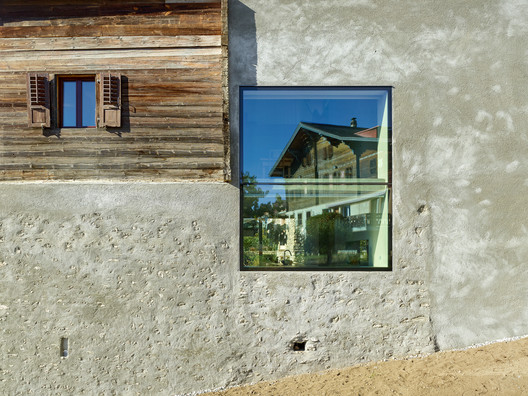