The meticulous journey towards designing the campus is a testament to Jobs’ legacy of creating products that streamline everyday chaos into a thoughtful design. Said Jobs to the Cupertino City Council in 2011: “I think we have a shot at building the best office building in the world.” Located less than a mile from Apple's original Infinite Loop headquarters, that building is now a reality. Eight years in the making and the Apple spaceship has landed.

There’s not a straight piece of glass on this building – Steve Jobs pitching the Ring’s design to the Cupertino Council in 2011, his last public appearance.

Glass is a unique and prominent feature of the 2.8 million square foot Ring structure, which holds 12,000 employees and features the largest curved glass panels in the world. Working with Seele Group for façade construction, Ive and Foster + Partners worked to create and manufacture the 45-foot tall panels of curved safety glass and finlike canopies that envelop the building.

The doors of the café The Ring is designed to run entirely on sustainable energy sources, from 805,000 square feet of solar arrays to shunning air conditioning in favor of funneling cool and warm air through its offices, becoming a “breathing building." Additionally, shock absorbers in the building’s structure ensure that it can move 4.5 feet in any direction during an earthquake.

Apple is planting 9,000 drought resistant trees throughout the campus, creating an experience Jobs sought to bring from his long walks in the California countryside. The resulting workplace is expected to nurture the future of Apple by benefitting its workers in every way it can through its architecture. “This was a hundred-year decision,” says Apple CEO Tim Cook. Employees are moving in, now it is up to time to tell what future innovation Job’s final project will raise from its glass walls.

“While it is a technical marvel to make glass at this scale, that’s not the achievement. The achievement is to make a building where so many people can connect and collaborate and walk and talk.” The value is not what went into the building, rather what will come out” – Jonathan Ive, Head of Apple Design 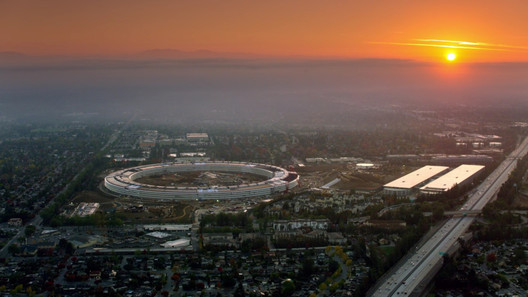