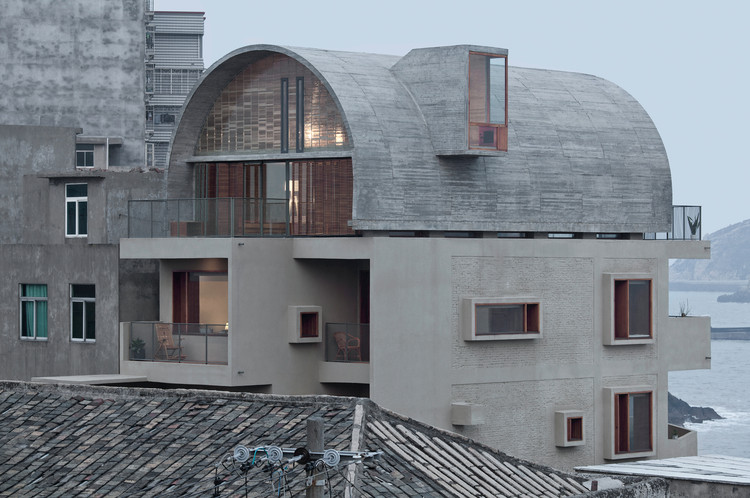 Text description provided by the architects. Captain’s House locates on the southeast end of Huangqi Peninsula, Fujian Province. The damp and erosive nature of seaside caused the unsafety of the existing structure and large-area water leakage during over 20 years of use, which, of course, become the main design issues to be addressed. Furthermore, the captain hopes to add a third floor to the existing structure which can accommodate their current lifestyle.

Our design work starts with the study of structural reinforcement. After a series of careful comparisons, we decide to add a layer of 12cm concrete wall to the original brick masonry walls. This strategy brings us extra potential to make a better quality of space.

The intervention of the new concrete wall allows us to re-manipulate the layout to some extent. Both of the original bathrooms at the first floor and the second floor are moved from the sea-viewing side to the side close to the neighbour, so that the living room, dining room and master bedroom get not only better view but also more natural light and fresh air.

The locations and forms of openings also get carefully reconsidered. The new concrete window frame sticks out from the outside wall, which prevents excessive rainwater from seeping into the window from the wall surface. The thickness is then designed into “window-furniture” system: window is no longer a simple opening, but serves as a medium space situating between nature and the interior space.

We choose vault to be the structural form of the third floor. It reduces the possibility of water leakage to an extreme for it barely allows any rainwater to stay. Vault is directional. It connects two sides of sea with dramatically different characters: one being the serene sea whereas the other one being the noisy port. This added floor serves as a multifunctional living space: it accommodates visiting family and friends and functions perfectly as a gym or an activity room as well. Additionally, since the captain’s family is Christian, this space is also intended to be a family chapel.

At dusk, the gentle light comes out from the translucent glass blocks. We hope the house gradually becomes the carrier of emotion for the captain’s family, and gives deserved dignity and decency to the daily life of ordinary people, which is particularly meaningful under the current circumstance of China. 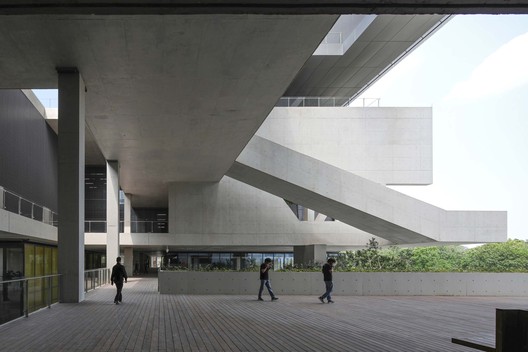 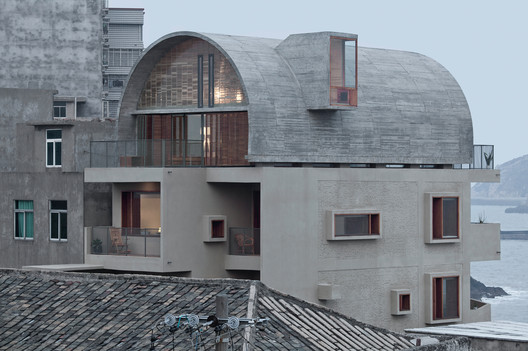