Frank Lloyd Wright and Le Corbusier are both architects who were known for their grand and innovative ideas—as well as for their high esteem for their own opinions. The two did not, however, see eye to eye in their visions for the future of American cities and civilization. Both architects had utopian, all-encompassing plans for their ideal American city, combining social as well as architectural ideas. In 1932, both described these ideas in The New York Times; in these two articles Frank Lloyd Wright and Le Corbusier made their differing beliefs perfectly clear to the public.

The disagreement began on January 3, 1932, when Le Corbusier published an article in The Times which ran under the title “A Noted Architect Dissects Our Cities – Le Corbusier Indicts Them as Cataclysms and Describes His Ideal Metropolis.” Discussing cities like Paris, New York, and Chicago, Le Corbusier explains his vision for what we know today as Ville Radieuse, which he calls in the article the Green City. Writing that American skyscrapers have yet to earn the title of architecture, but are “merely small objects such as statuettes or knick-knacks, magnified to titanic proportion,” Le Corbusier proposes his plan for the skyscraper.

Including a soundproof, well-lit living room and a double-façade of glass to control the effects of outside temperature, Le Corbusier’s habitable towers were to include at least twelve dwelling floors each and accommodate 1,000 people per hectare (2.47 acres). Beyond the towers themselves, his vision includes broader recommendations for city life, most notably the separation of pedestrians and cars. The key aspect of this solution he termed “autostrades,” elevated motorways 16 feet (4.8 meters) above the pedestrian domain on the ground. Believing that this separation would solve both pedestrian safety and automobile traffic concerns, Le Corbusier states that “[t]he only solution is to restore to the pedestrian the surface of the city, all the surface, the earth.” Believing that the society of his day was not properly utilizing the machines which they had created, and that the current cities were all “outdated,” the core of Le Corbusier’s ideas for Ville Radieuse is epitomized in the description, “knowledge, ethics, and esthetics, all are one, expressed in architecture; a new unity.”

Not three months later came Frank Lloyd Wright’s rebuttal. “‘Broadacre City’: An Architect’s Vision – Spread Wide and Integrated, It Will Solve the Traffic Problem and Make Life Richer, Says Frank Lloyd Wright” was published in The New York Times on March 20, 1932. Never mentioning Le Corbusier by name, Wright nonetheless references his contemporary’s argument by using Le Corbusier’s terms and ideas directly and responding (unfavorably) to them, but The Times’ introduction makes the connection to the earlier article by Le Corbusier perfectly clear, describing Wright’s ideas as “diametrically opposed” to Le Corbusier’s. In his opening sentence, Wright implores us not to “childishly try to tear the city down to get the green country in and set the city up in it again on its old site – feudal towers a little further apart,” in an obvious first punch.

Wright’s ideas, instead, focus on decentralization, writing that we have plenty of space and that skyscrapers are unnecessary except to the landlords who charge rent. Focusing on organic growth, Wright sees it as the natural next step for humanity to remove itself from busy city life based on (what he saw as) likely future innovations in transportation. “Why deck or double-deck or triple-deck the city streets at a cost of billions of dollars, only to invite increase and meet inevitable defeat?” Wright asks of Le Corbusier’s autostrades. Obviously believing his adversary’s ideas to be impractical and beneficial only to the wealthy, Wright criticizes Le Corbusier’s housing towers further, asserting “[t]here is no life in them. There is only rent.”

Stating that Broadacre City is the only democratic form for a city due to its systematic integration of individual units, Wright embraces the existing highway system. Amenities are spread along the highways and homes are nestled in parks and gardens and small farms, all surrounded by beautiful natural landscapes; Wright argues that “1,000 people to the hectare (2.47 acres) is looking not so far ahead. It is 980 too many.” With the convenience of modern transportation and future innovations to come, Wright asks why proximity to the city is important. In contrast once again to Le Corbusier, Wright predicts that “[t]he traffic problem will be solved as architecture. But not by verticality.”

Neither architect lived to see their vision come true, but both were right about some aspects of their future, today’s present. Le Corbusier’s opinions of technology during his time continue to ring eerily true today. “We have invented the machine and it should be liberating our minds and our leisure hours. Instead it has harnessed us to itself and plunged us into slavery,” he wrote. Also, we have arguably not yet made the progress toward seamless technological integration he had hoped for. Current technology, in fact, seems to be moving away from the standardization Le Corbusier hoped for and closer to the personalization and customization championed by Wright in his article.

On the other hand, neither did Wright succeed in his wishes to rid our cities of skyscrapers and landlords (and in fact proposed his own mile-high skyscraper two decades later.) His dreams of a certain amount of land for each person have been realized to a point in American suburbs, but many of these bedroom communities lack the amenities on which Wright would have insisted. Not to mention, the natural landscape certainly was not given priority in planning most suburban settlements. While we’ve yet to see cars hurtling by unimpeded 16 feet above ground as Le Corbusier wished, various methods of separating cars from pedestrians have been attempted in cities around the world. Skyscrapers and other buildings today do take up more than 12 percent of the available land area in cities, but today’s urban planners and designers are pushing for increased density, something Le Corbusier would have likely appreciated.

Neither Le Corbusier nor Frank Lloyd Wright could truly be said to have won the argument played out in the 1930s newspaper, as both got some ideas right and many wrong. But if you look at their visions more as a commentary on society and an exploration of concepts rather than a literal plan to destroy and rebuild cities (though they certainly may have intended the latter), it becomes clear that both architects recognized the same problems inherent in their cities. By taking opposite paths to the solution, the public was left with an abundance of ideas for solving problems, and future generations were able to pick and choose the best ideas from both plans. Our cities today are certainly still not perfect, and likely both architects would have been disappointed—but the pair nevertheless set a foundation for discourse (and public debate) that continues to influence city planning and architecture today. 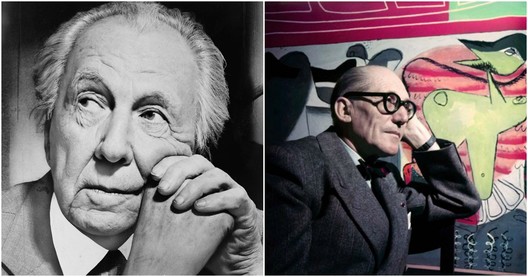