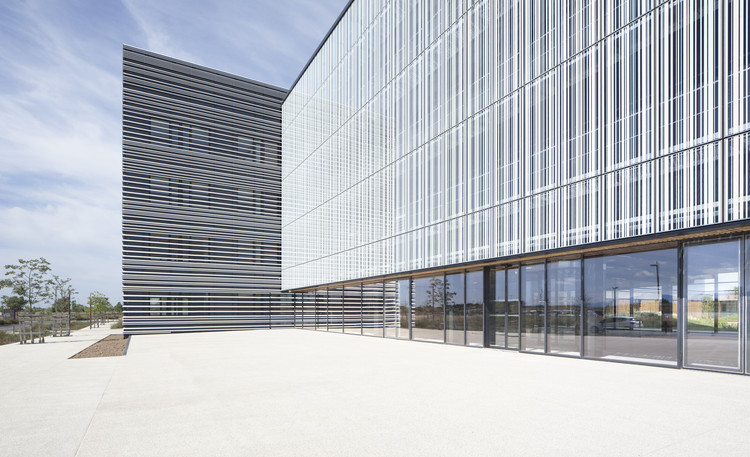 Text description provided by the architects. Ecotox is a unique research centre in Europe. Designed like a projects’ hotel, it welcomes international teams for projects on environmental toxicology and long-term ecotoxicology.

This device, innovative in its design, is a hyper modular tool that is very flexible in its adaptation capacity, enabling to house very different research projects from one another, with highly divergent technical and functional constraints.

Beginning of an urban character

With close proximity to the Valence TGV station, the Ecotox Centre is the first building constructed in the Rovaltain ecopark. The project’s aim is thus to offer a common identity for both the scientific community and the Rovaltain site.

To avoid the project’s monumentality and linear façades out of proportion for this site, the project draws on the program’s very motley constraints to create a play on volumes between the different platforms. The different buildings thus gathered make for a landscape of volumes, a mass ratio that constructs the image of the project and gives off dynamic perspectives.

The composition of the façade on the scale of a building follows a sedimentation process similar to that of the Vercors massif. Each building applies the same system that links an external insulation ensuring high thermal performances, a coloured metal cladding of which the tones echo those found in the surrounding landscape and a system of louvre horizontal panels that protects one from solar radiation while integrating all the ventilation systems and that offers great flexibility in its implementation. The irregular distribution of the horizontal blades answers to the specific requirements and constraints of the premises (offices, laboratories, technical spaces etc.) and offers for the Ecotox centre a visual interpretation that is unique and rooted in its surrounding.

The only exception in the continuity of the panels, the tympanum of the entrance façade is a curtain wall (structural glazing system), screen-printed and linked to supporting shell beams on four levels. Highly exposed to solar radiation, this façade integrates a device of solar chimneys to ventilate in a natural way the conference room of 300 places.

On the garden side, pantograph openings let the fresh air enter from the garden while the hot air is evacuated to the roof through the solar chimney that is integrated in a façade symbolising the Ecotox Centre showcase.

In the continuation of the entrance court, and under the bleachers of the conference room, the entrance is a vast space without intermediary support points, completely open to the interior garden.

Real venue for exchanges and relaxation, at the crossroads of the scientific platforms, this open space organizes the internal functioning and benefits all the users of the centre. 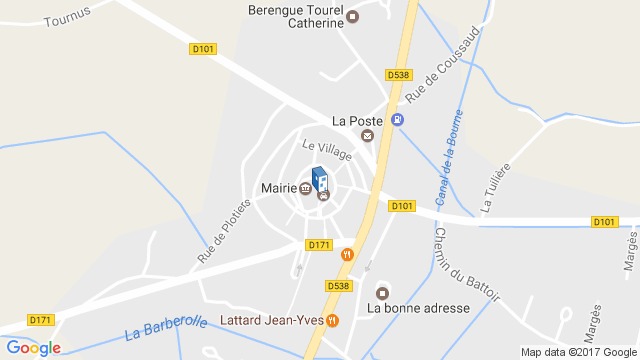 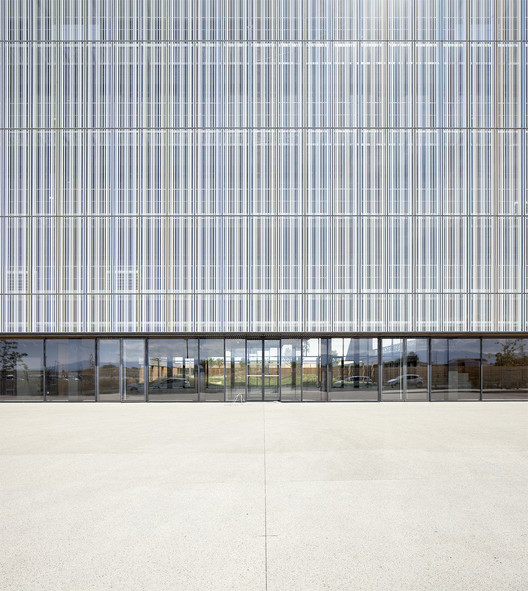 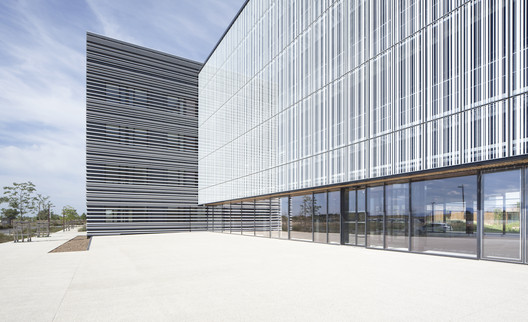