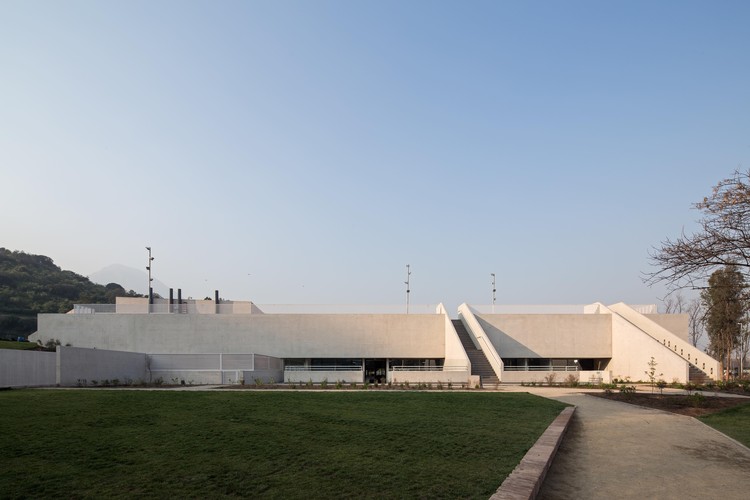 Text description provided by the architects. The Saint George´s College is located at the foothills of Cerro Manquehue, in the Vitacura neighbourhood, Santiago de Chile, in the middle of a forest that is maintained thanks to the microclimate of a place enclosed under the hill. This school, designed in the 70's by the architect Gustavo Munizaga, responds to a campus typology, with programmatic volumes scattered among the trees, covering the entire terrain and having the hill always present as a backdrop. The original idea takes the option of streets, hallways and squares, where circulations and volumes that compose the classrooms are arranged at the height of the trees foliage.

The new gym is located in the same place where the old one was, also using the terrace used before as recreational courts.

A first consideration was to join this major campus system without interrupting the views to the hill. For this, a building mainly buried was projected, keeping the maximum height of the volume to the same level of the roofs of the original school buildings. A second idea was to create a building able to hold sports activities, both inside and outside. For this, a large roof (fifth façade) was designed, as a support for outdoor courts, replacing the old recreational terrace.

Programmatically, the building was resolved with a large central space that houses a main court (or three of training), stands with seats for 2500 people, stage and athletic training track, two lateral buildings housing each dressing and physical conditioning rooms; also, an upper building that receives the teachers' halls, being its roof a stand to the other courts of the sports complex.

This building, being buried (sixth façade), is illuminated and ventilated by interior courtyards.

The buried building was completely made of reinforced concrete, reaching twelve meters under the ground level. Concrete with added titanium dioxide was used, allowing the concrete to bleach, and also helping like trees with the elimination of toxic gases produced by cars (photocatalysis). In order to support the upper courts and generate the interior space, seven 50 meter long box-type beams were designed complementing the surface with a 20 cm thick reinforced concrete slab. These beams were divided in three sections in order to be transported, lifted and mounted in their definitive position. The sections were built in factory with pre-stressed concrete, and once placed in its temporary supports, the set was post-tensioned to assemble each beam.

The set generated an important structure with a large mass. Given the seismicity of the area, it was necessary to place reinforced concrete walls around the perimeter, capable to withstand the stress caused by an earthquake. The walls were placed in a discontinuous way on three sides of the enclosure to allow the passage of light, stairs and accesses. 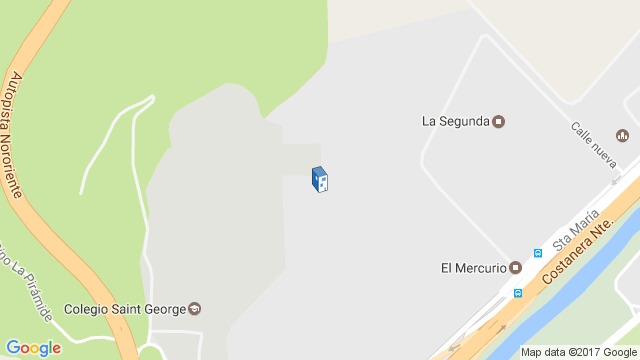 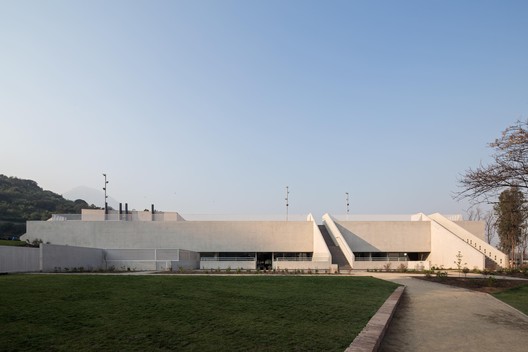