Save
TED Talk: The Designer of Chile's Bahá'í Temple Explores Sacred Spaces in a Secular Time
Share
Or
Copy 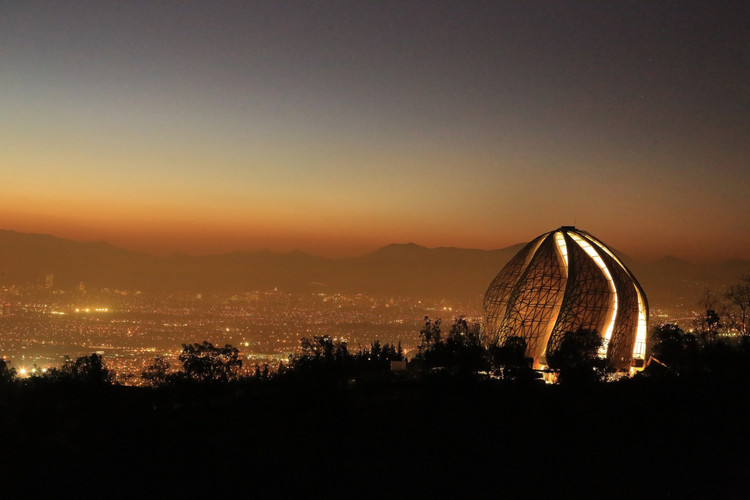 Because the Bahá'í faith lacks any specific, predetermined architectural style, Hariri was left to determine what elements of a structure can convey a sense of the sacred. In addition to the nine-sided radial figure (in the Bahá'í faith the number 9 symbolizes completeness and perfection) the architect chose shapes and materials that allow light to emanate from the walls of the temple.

Hariri explains how the drape-like, luminescent sails converge and create movement from the sunlight. The entire project is built in perfect proportions that harken back to ancient Roman conceptions of a sacred geometry that comes from nature, and is a lesson in how to build a welcoming, human spiritual space.