The Trienal de Lisboa have today announced that a team of nine, led by Parisian architect Éric Lapierre, has been appointed as the curatorial team of the 5th edition of Lisbon Architecture Triennale which will be held from October to December 2019. Lapierre, who runs the Masters in Architecture & Experience at the École Nationale Supérieure d’Architecture in Marne-la-Vallée, Paris, will collaborate with philosopher Sébastien Marot, who is also a critic in architecture and landscape design. Other members of the curatorial team include Ambra Fabi, Giovanni Piovene, Mariabruna Fabrizi, Fosco Lucarelli, Laurent Esmilaire, Tristan Chadney, and Vasco Pinelo de Melo. A grand total of 48 proposals were submitted to the organization, comprising 155 participants from 16 countries.

Theme of the Triennale

The curatorial statement suggests an event which will address iconism, history, and architectural theory.

Contemporary architecture seems split between iconic buildings that aim to be monuments by forgetting their links to history and to the theoretical issues upon which the discipline has rested for ages, on the one hand, and buildings which are sated with historical references considered as an almost infinite reservoir of forms ready to be mixed at will, irrespective of their condition of appearance and meaning, on the other.

The curatorial proposal aims to "try overcoming these typical dead ends of post-truth architecture" by positing that "high architecture has always been based on a specific rationality." This rationale, Lapierre argues, "is what allows buildings to communicate clear as well as obscure but always understandable meanings through the poetics of architecture."

The 5th Triennale will aim to define the specificity of architectural rationality in order to keep creating relevant architectures bound to the past without nostalgia or literal quotations, and linked to this eternal core of architectural theory that needs to be permanently updated and modified so as to remain the same.

About the Chief Curator

Éric Lapierre is architect and theoretician of architecture. He is the founder and principal of Éric Lapierre Experience (ELEx), a Paris-based organization that coordinates both his activities as a builder and as a writer. He teaches design and theory of architecture at École Nationale Supérieure d’Architecture in Marne-la-Vallée (Paris), and in École Polytechnique Fédérale de Lausanne (EPFL). He has been guest teacher at Accademia di Architettura di Mendrisio, Université de Montréal (UdM), Université du Québec à Montréal (UQAM), and KU Leuven in Ghent. Among other books, he has edited Identification d’une ville – Architectures de Paris (2002); Guide d’architecture de Paris 1900-2008 (2008); Le Point du Jour A Concrete Architecture (2011), Architecture Of The Real (2004); and Se la forma scompare, la sua radice è eterna (2017). Lapierre will be exhibiting at the 2017 Chicago Architecture Biennale. 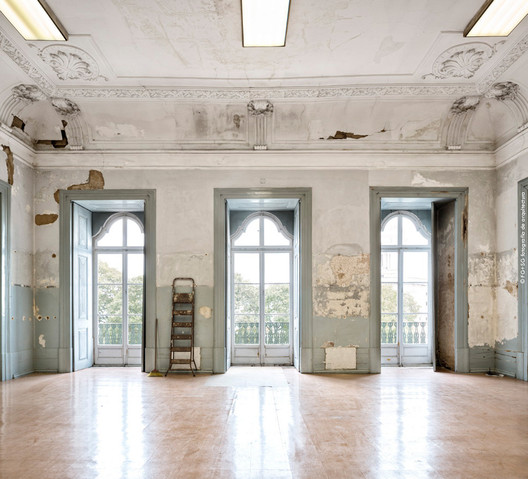