The State Library of Victoria in Melbourne has tapped Schmidt Hammer Lassen Architects with local partners Architectus and Andronas Conservation Architecture to lead in the design of a $88.1 million redevelopment plan, Vision 2020. The scheme will return 40% more space to public use, aiming to “unlock possibilities, create connections and act as a framework” for the future evolution of Australia’s oldest and busiest library. 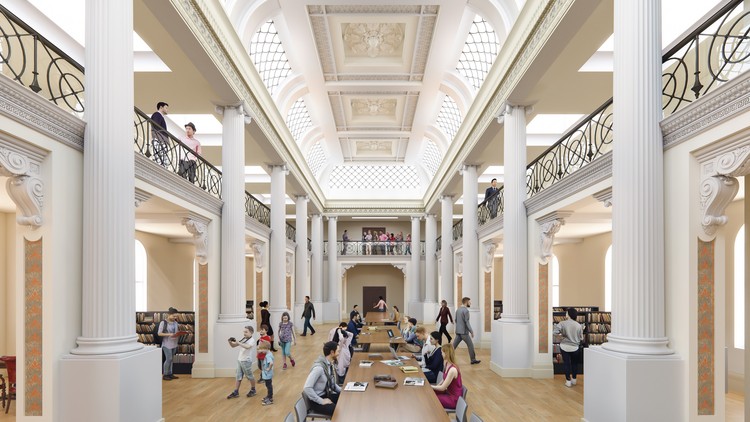 With over 1.9 million visitors and 4 million online users each year, the State Library Victoria caters to the educational needs of people from a wide range of ages and cultural backgrounds. These members were provided the opportunity to provide input in the design process, resulting in an architectural concept that focuses on creating an open, highly-accessible space for people to engage and interact.

"Our goal is to create spaces that foster learning, exploration and innovation, expanding the Library's reach and relevance and transforming this popular landmark into a true urban hub - a place where people in Melbourne naturally gravitate to in order to engage, learn, socialize and be inspired," says Morten Schmidt, Founding Partner of Schmidt Hammer Lassen Architects.

"We are stripping off the layers and revealing the original architecture, of which we are being very respectful, so that State Library Victoria can continue to function as a modern library".

Taking advantage of the existing spaces of the library, the design both “unlocks” formerly inaccessible spaces such as the Ian Potter Queen's Hall and Galleries, and completely redesigns other spaces, including the Trescowthick Information Centre (TIC) and the Courtyards, to optimize their architectural potential.

After opening up these areas, a clear hierarchy of thresholds and spaces was necessary to provide permeability and intuitive navigation of the building. The design accomplishes this by creating a clear sense of arrival in entry spaces and by connecting building zones through physical and visual elements that also serve to highlight the inherent qualities of the institution.

"We are increasing the use of the building through reassessment and flexible building strategies," explain the architects.

Included in the new programming will be engaging spaces for children and families designed to nurture creative learning, literacy and play. New technology-enabled spaces will provide the setting for entrepreneurship and innovation, giving people the resources they need to contribute to the city’s growing creative economy.

Over 160 years old, the current library is characterized by the eclectic architecture of its many renovations and additions. The new plan will celebrate this pastiche while bringing everything together through a clear design intent.

"Our concept provides a strong 'design line' that will act as a framework to guide present and future works," concludes Morten Schmidt.

Construction on the project is set to begin this year, with an estimated completion in 2020.

With nearly 25 million inhabitants the Chinese city of Shanghai is currently the most populous city in the world and, in addition, has a central library system that dates back to the mid 19th Century. 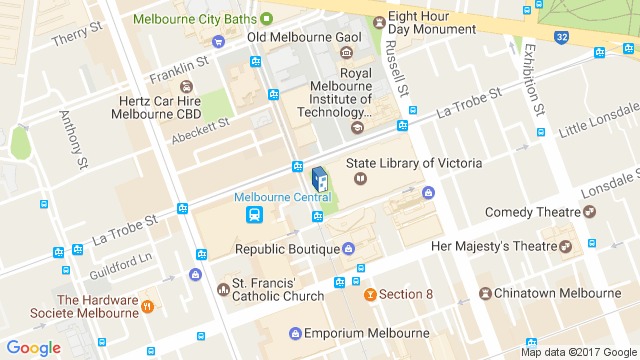 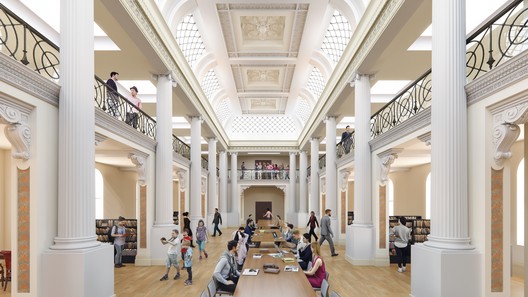