With nearly 25 million inhabitants the Chinese city of Shanghai is currently the most populous city in the world and, in addition, has a central library system that dates back to the mid 19th Century. A new city library, designed by Danish practice Schmidt Hammer Lassen and won following a two-stage international competition, will provide 110,000 square meters of space in the Pudong District and adjacent to Century Park – the largest green space in the city. 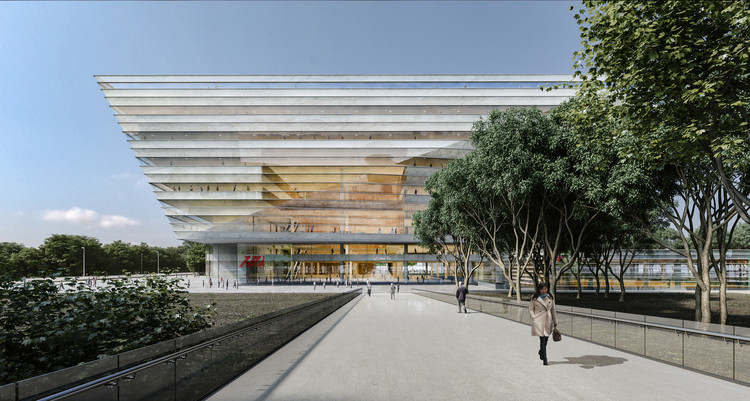 According to the practice, the project has been conceived as a "singular monolithic object floating above the tree canopy within the park." The main volume of the library floats above two pavilions that will house a 1200-seat performance venue, exhibition and events space, and a dedicated children's library that "will all open up towards a series of landscaped courtyards and gardens."

"The library itself is organised around a grand central atrium in the form of three staggered reading rooms that open up and connect to various parts of the library and various contextual parts of the city from Century Park to the east, a new library park to the south and the city to the north and west." It is "carved and twisted to reflect the surrounding park and sky, and continuously clad in a facade of clear, insulated and fritted glass."

The library is expected to be completed by 2020. 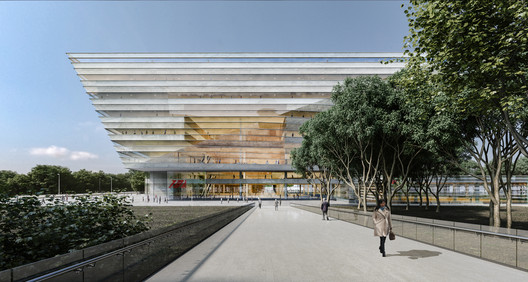