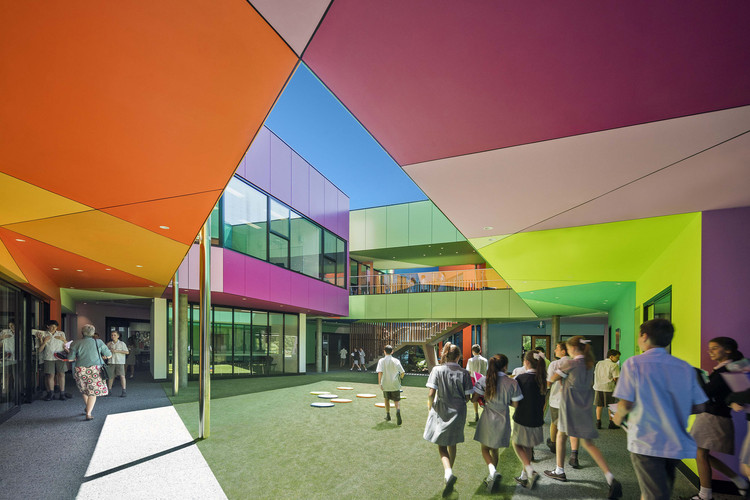 Text description provided by the architects. Ivanhoe Grammar School is a co-educational school established in Ivanhoe in 1920. The Plenty Campus of Ivanhoe Grammar School was, until quite recently, surrounded by a rural setting punctuated by magnificent red river gums. Despite the encroaching suburbs, the school has retained a character where the native landscape flavour dominates the campus. At the heart of the campus, the original buildings are set out in a formal arrangement based on the metaphor of the Town Square. Subsequent additions to the campus, executed in a variety of architectural styles, have a looser relationship with this formal centre.

Our brief was for a new Science and Senior Years Centre. The brief included a variety of general learning areas, provision for the senior year teachers and a science centre which was to be also used by the younger students in the school.

The circular shaped plan form was adopted for the building; this shape had an appropriate civic quality which seemed to build upon the schools original masterplan.  The circular plan is an alluring one for architects, clearly it is a definitive human mark upon the landscape, and yet its many precedents, from Grounds to Stonehenge to indigenous gathering, show that it can, perhaps paradoxically, coexist with and not disrupt a native landscape.

However, rather than adopting a circular or radial pattern dictated by the shape of the plan, we chose to overlay an angular geometry. This geometry was used to define the central courtyards, the light wells and a mosaic of learning spaces. This geometry contrasts and disrupts the building’s circular motif, highlighting key entry points and providing a distinction between the outer world (singular, civic, circular, executed in a muted landscape palate) and the inner world (complex, dynamic, expressive & colourful).

Great consideration was given to the configuration of these learning spaces. Some of the key characteristics were transparency into and between spaces, a variety of spatial type, interconnectivity, multiple-use, flexibility and adaptability of the learning spaces.

Staff work stations are peppered throughout the facility; the lower levels are generally multiple-use teaching spaces, the upper levels predominately science focussed. Provision for outdoor informal gathering of students is provided throughout the complex.

The contrast so evident in this building’s language encapsulates the contemporary pedagogical approaches for a well-rounded education. The circular form is a classical representation of order, rigour, and the certainty of knowledge – the buildings inner world, with its complex mosaic of spaces, amplified by pattern, colour and multiple reflections, represents the uncertainty and complexity of modern life and scientific understanding, and the necessity of the qualities of wonder and imagination to advance and see us through. 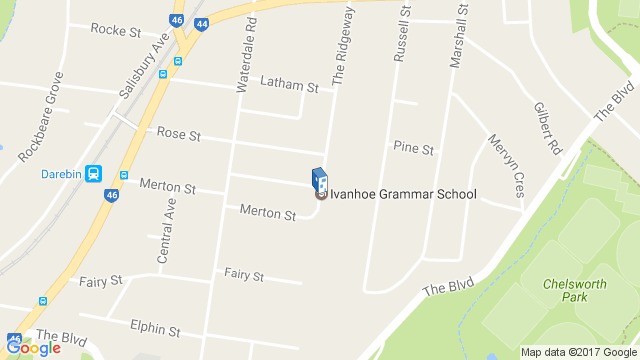 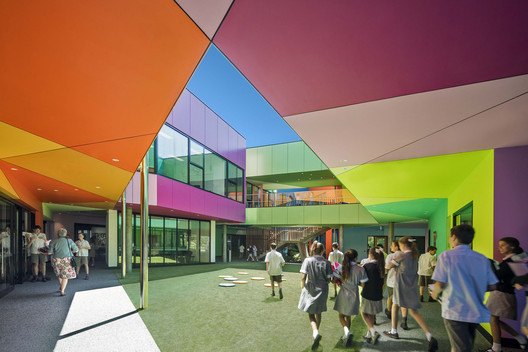