Save
"Are.na" is an Online Tool for Contextualizing the Internet – Here's Why It's Useful to Architects
Share
Or
Copy 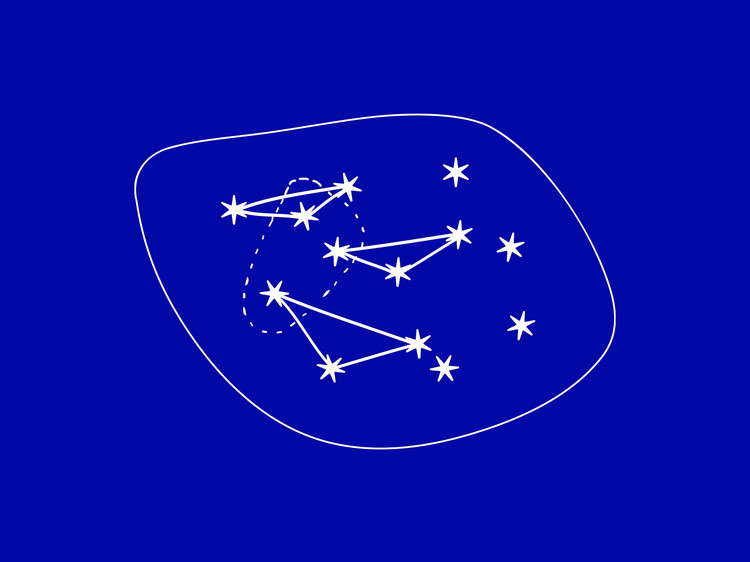 Why Are.na's Model is Useful

A drawing of Grundtvig's Church outside Copenhagen, for example, can have the same significance for an architect as a story by Hans Christian Andersen – they both, in their own distinct ways, reveal important and aspects of 20th Century Danish culture and society. Anything and everything is relevant when it comes to the processes of designing and building, and the expansion of Internet access has augmented this. When practitioners or students of architecture discover a drawing, a photograph, an essay or an article, their inclination is to collect it; to save it as a project reference. “If it’s not useful right now, it probably will be soon!” – or so the mantra goes.

But material searched for and stumbled upon in the digital realm can all too easily drown and disappear; bookmarking a webpage or downloading an album of images can be both laborious and inhibiting. To add to that, personal archives (both on or offline) are notoriously time consuming to build and maintain and, ultimately, difficult to share and be enriched by others.

The most efficient current model for delivering and consuming information online is that of the stream: a chronological cascade of bits and bytes ad infinitum, presenting information continuously and coherently. It’s the model employed by the likes of Twitter and Facebook and almost every website which regularly updates (ArchDaily included). When it comes to collaboration, however, the stream in its conventional format can often bridle meaningful connection.

The founders of Are.na—New York-based Charles Broskoski, Daniel Pianetti and Chris Sherron—have employed the stream (the 'Feed' in this case) in an unconventional way. Their catch-all term for saved media (including images, text, hyperlinks, and files) is a ‘Block’, which can be connected by users from across the entire scope of the Internet into ‘Channels’ (flexible thematic containers). Within these Channels you can choose to archive material related to a particular theme: housing projects in Belgium, for instance, public domain essays on architectural theory, or 18th Century Persian textiles. You might decide to create a Channel called ‘Architectural Collage’ in order to collate interesting examples of that representational style, for example, or one called ‘Houses in Nature’. These Channels and their self-curated content—which can either be shared with collaborators and visible to the world or visible only to you—are places to store and categorise material gathered on your digital explorations.

Unless you specifically hide them from public view your Channels are open to the entire community of Are.na users and, by extension, the wider community of the Internet. Others users of the platform can connect your examples of architectural collages, for instance, into their Channel, ‘Drawings of Rooms’ – and so the connections proliferate. In this sense, Are.na is not simply about conventional forms of sharing and scaling but about collecting, connecting and—importantly—contextualizing information media. When you save a Block from the web, the URL sticks with it as does its source. However far that Block mushrooms from its starting point, its origin is not discarded along the way.

The intentions behind Are.na are greater than the sum of its parts. Its founders recognise that those reliant on the Internet as a source of information and inspiration are faced by a vast amount of information and, without the right attitude and tools, nigh-on impossible to usefully harness. In this way, Are.na aims to facilitate the continual re-contextualization of information into new ideas and thereby help to make sense out of the ‘data deluge’. As a society, we should “think about what mainstream tools we have for unpacking our own perspectives,” the founders argue. Is ‘sharing’ enough? What about ‘Likes’? The platform responds directly to questions like, "What happens to the things you shared last year?" and "How can the tools we build today help us understand how our thinking has changed over time?"

While easy to perceive Are.na as an evolution of Tumblr, or a less image-centric incarnation of Pinterest, it’s ultimately neither nor in-between. Unlike a ‘Like’, a ‘Favorite’ or a simple ‘Share’, the platform demands a degree of cognitive effort. This encourages a more complex and, ultimately, a more rewarding thought process between your decision to save a photograph, for example, and its possible future use. In the same way that a conventional filing cabinet requires you to choose where to file that photograph in a finite collection of categories, Are.na requires a similar process of self-editing and mutual generosity. The difference is that you can file it more than once and others can come to your filing cabinet, nab it in the spirit of sharing, and refile it in their own.

If this sounds like too much to think about, in practice it isn't. At a moment in which even the smallest online thought processes are being coded out of other platforms which offer similar services, blind and simplistic reactions to content (such as Facebook’s ‘Sad’, ‘Wow’ and ‘Angry’) are not what Are.na has been designed to facilitate. It rather provides an opportunity to self-organise your own digital life, to think a little about what or why you’re storing and sharing. As a result, you have more agency over your online world and, when it comes to creative collaboration, the path is a little clearer for productive accumulation and conversation.

How Do I Begin?

This is our initial selection of architecture, urbanism and representation-related Users and Channels that you might find interesting:

Are.na is free to use (but has a Premium offering). You can find out more, here.

NewsArticlesInternettumblrPinterestDigital PlatformAre.na
Cite: James Taylor. ""Are.na" is an Online Tool for Contextualizing the Internet – Here's Why It's Useful to Architects" 27 Mar 2017. ArchDaily. Accessed . <https://www.archdaily.com/867900/arena-online-tool-for-contextualizing-the-internet-useful-to-architects-urbanists-designers> ISSN 0719-8884
Save