The City of Chicago and the Chicago Housing Authority have announced the selection of Skidmore, Owings & Merrill (SOM), Perkins + Will and John Ronan Architects to lead in the design of three new “co-located” affordable housing and library developments in the Chicago neighborhoods of Little Italy, West Ridge, and Irving Park.

Selected from a shortlist of nine firms, the three Chicago-based teams were chosen for their “innovative ideas that will ensure that each community will have a design that best reflects its needs.” The practices will work intimately with their respective communities to develop their designs. 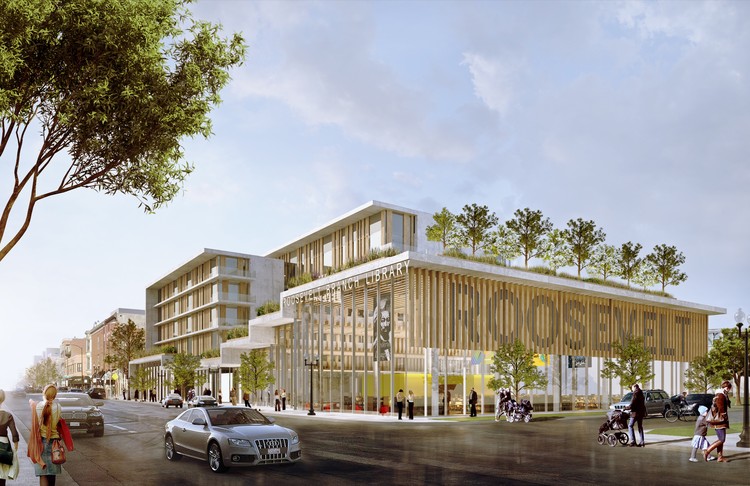 “We are fortunate to have award-winning and internationally recognized firms designing the next great civic projects here in Chicago,” said Mayor Rahm Emanuel. “We are one of the first cities using this type of model between housing and libraries to benefit and beautify our neighborhoods.”

The competition invited 32 firms to submit initial proposals for the three projects, and were judged on the criteria of quality and context of the architecture relative to each site; sustainability of the building systems and materials; and layout, landscaping and design innovations. All three firms bring with them a wealth of experience building community-based projects and Chicago-based roots.

SOM will design the Roosevelt Branch at Taylor and Ada streets on the Near West Side (Little Italy), as part of the CHA’s ongoing redevelopment of the Roosevelt Square community. Designers of some of the city’s most notable towers including the John Hancock Center and the Willis (Sears) Tower, SOM has also worked at the community level in projects such as award-winning Chinatown Branch Library.

The Northtown Branch at Western and Pratt avenues in West Ridge will be designed by Perkins + Will, whose other Chicago projects include the Jones College Preparatory High School and the Rush University Medical Center, as well as more than a dozen libraries, such as the Brooklin Community Center and Library and the Orillia Public Library.

The third project, the Independence Branch at 4022 N. Elston in Irving Park, will be lead be John Ronan Architects. The firm is recognized for designing Gary Comer Youth Center in Greater Grand Crossing, and Poetry Foundation in the River North Community.

Each of the new library facilities will include childhood active learning spaces, areas of one-on-one tutoring, and access to technology and creative resources.

“Libraries make knowledge and learning accessible, and offer a common space for community members of all ages,” said Chicago Public Library (CPL) Commissioner Brian Bannon. “These three firms will bring world-class design to new housing and community anchors so that neighborhood residents can enjoy the best of what design has to offer.”

The architects will now work with project developers and the community to begin developing the projects. Construction is slated to begin by the end of 2017 with estimated completion in winter 2018.

News via the Chicago Housing Authority. 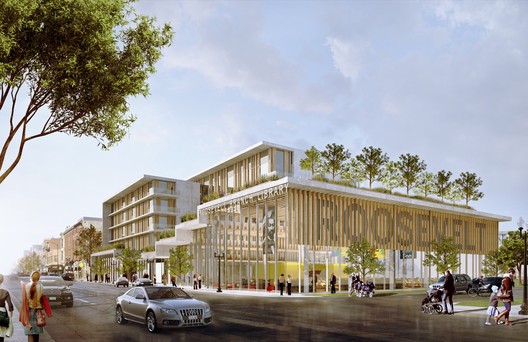