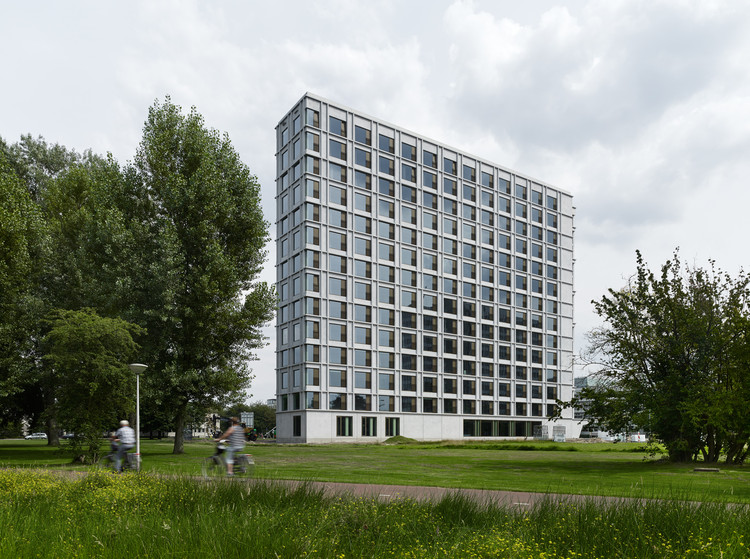 Text description provided by the architects. Work began on building the Eindhoven University of Technology (TU/e) in 1957 based on the urban development plan of S.J. van Embden. His design aimed at creating an idealised factory environment for technical research and study consisting of tall, modern buildings on stilts that were connected with one another and with the laboratories and workshops located in between them by means of aerial walkways. The plan followed the modern ideal of self-contained buildings in a continuous landscape. The rational structure in which the buildings followed a fixed grid pattern was expressed in the curtain walls of the first generation of buildings on the campus. A master plan for the re organisation and expansion of the campus has been drawn up following the original design. It envisages the introduction of accommodation for students and researchers on the north side of the campus on the edge of the green brook valley of the Dommel.

The position and orientation of the wedge-shaped building are aligned with the series of taller buildings on the campus. The building is entirely prefabricated. The load-bearing façade is made of concrete sandwich elements whose continuous grid reflects the façades of the old buildings on the campus. The front side of the wall panel bands are polished, providing a stronger contrast with the closed sections of the wall and giving the grid an autonomous position in the façade composition. Besides the outer walls, the floors, bathrooms and installations are also prefabricated to enable the building to be constructed within a very short time. The wedge-shaped building has been staggered around the central corridor, creating a triple articulation in the end facades. This division into three facilitates a logical distribution of the rooms and group flats. It also gives the building an elegant appearance and a dynamic, asymmetrical look, both on the side facing the campus and on that facing the Dommel.

The building is aligned with the top end of the campus but is otherwise entirely freestanding in the green brook valley of the Dommel. Upon arrival, residents pass through the cycle shed and the collective space, which share the same visual axis with one another and with the surrounding landscape, to reach the lifts on the north side.

The lifts convey them via the two-storey lift lobbies to their rooms on the different floors. There is a collective outdoor area on each floor facing south with a view over the campus. The over-dimensioning of the collective areas makes them suitable for meeting and activities. This creates a series of spaces extending through the building from the university terrain to the individual rooms, giving an explicit added value and liveliness to living on a campus. 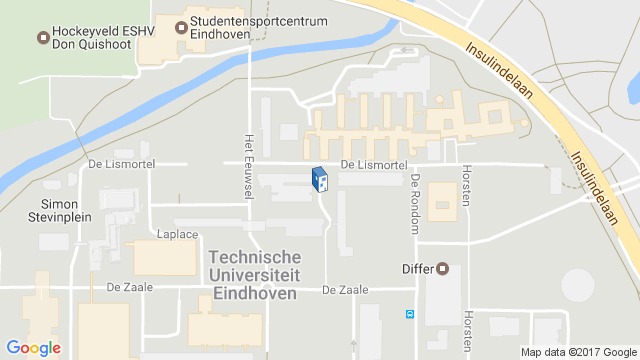 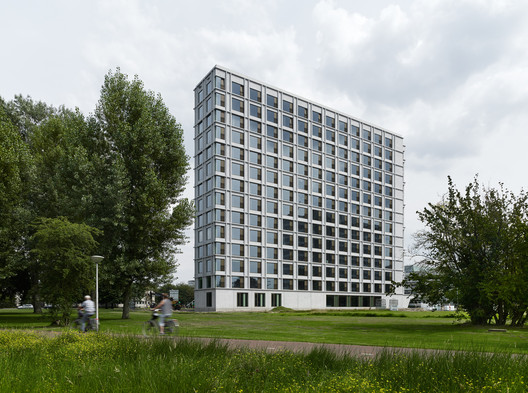