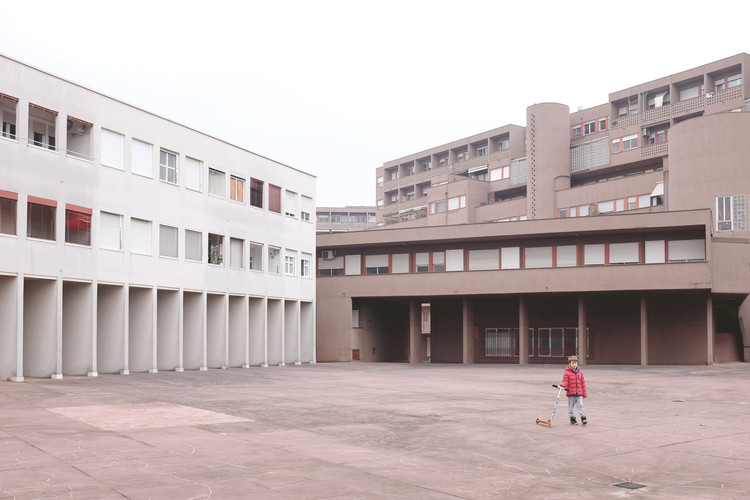 Aymonino and Rossi had both made names for themselves in the fields of urban studies and morphology by the time they began work on the new development. Their interest lay not in solitary architecture but in urban communities with all the disparate elements required for a functioning society: residences, commerce, industry, and more. Gallaratese was, then, to be their chance to combine these elements and create a new community from scratch. The format they applied to the project drew its inspiration from a series of experiments conducted in the 1950s by a group of Modernist architects named “Project X.” Starting with Le Corbusier’s Unité d’Habitation, Project X added elements like open-air decks and interconnecting bridges to convert the isolated residential blocks into more unified urban districts.[2]

The two architects’ utopian urban ideologies coalesced into a complex of five buildings: A1, A2, B, and C were designed by Aymonino, while D was Rossi’s contribution. Inspired by the stepping forms, interior and exterior circulatory paths, and cellular spatial organization of Roman examples like Trajan’s Market, Aymonino incorporated the same features into A1 and A2, the 8-story blocks which form the southern boundary of the site. At the point where the two meet at a shallow angle stands B, a 6-story slab which extends north from the intersection. This point of intersection is also home to an outdoor amphitheater; to either side, sheltered by the three apartment blocks, are two triangular piazze for communal use. Aymonino designed A1, A2, and B with a variety of different residential schemes, ranging from courtyard apartments accessible from a public concourse to units accessed from a single interior corridor as in Le Corbusier’s example. Aymonino’s final building, C, is a two-story connector linking D to the rest of the complex.[3]

In contrast to Aymonino’s visually and formally complex designs, Rossi opted for uniformity so complete that it is almost startling. His inspiration came not from Ancient Rome, but from the 1930s – specifically, the paintings of Giorgio de Cherico. All the visible elements of the building are structural, with no ornamentation to distract from the repetition of identical windows and bays which run the full 200 meter (656 foot) length of the block. Each residential unit inside is accessible from a gallery, while an open arcade, as minimalist and unadorned as the rest of the structure, occupies the ground floor. Just as the morphological simplicity of D sets it apart from the variegation of the rest of the complex, so too does its white paint stand out against the muted reds and browns of Aymonino’s units; only the amphitheater, painted bright yellow, approaches the same chromatic emphasis.[4,5]

Officially titled Monte Amiata Housing after its landowners, Aymonino and Rossi’s creation was immediately subject to controversy and debate upon its completion in 1972. Pressure from Communist League groups saw the complex put to use as housing for the homeless, with the results proving so ruinous that the all the tenants had abandoned it by 1974. In the forty years since, however, Gallaratese has risen from the ashes, and is thriving under its current occupancy. The ideals of urban planning have evolved greatly since Aymonino and Rossi set to work in 1967; however, heedless of the passage of time, Gallaratese continues to serve as the bustling community its creators so eagerly envisioned.[6] 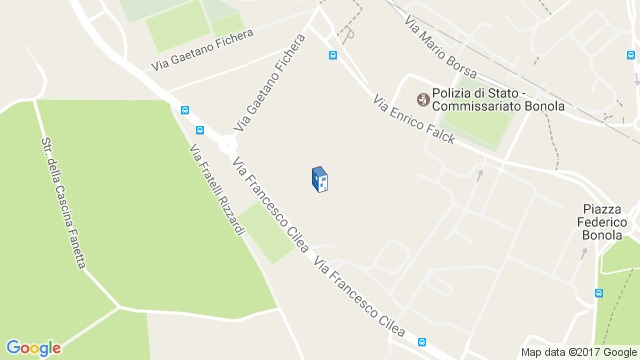 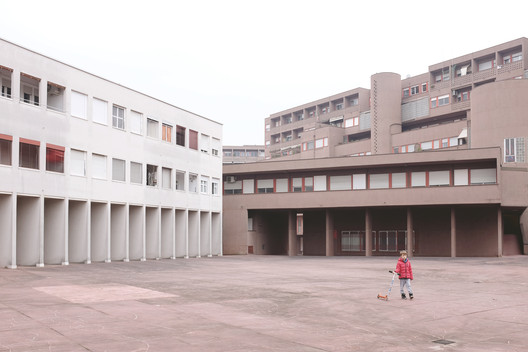