Save
Restaurant at Greenville / DSA+s 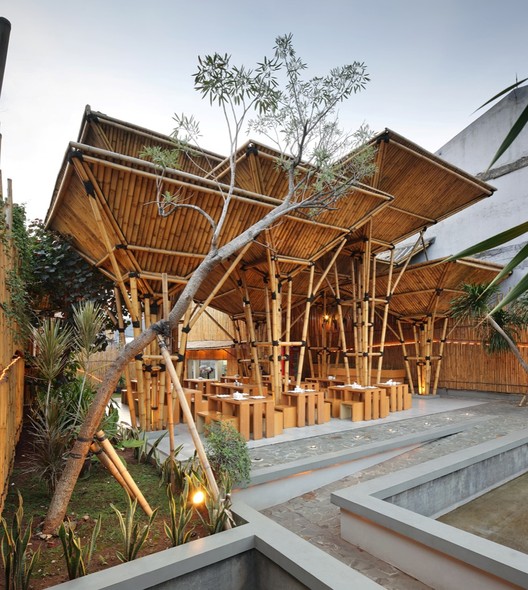 Text description provided by the architects. The owner of this restaurant was dreamed of having an outdoor Japanese Noodle restaurant. But he realized that it is not usual, and for preventing a great loss, he commissioned us to design an outdoor and temporary restaurant that hopefully would be easily to be built/assembled and also easily to be disassembled. Those requests directly inspired us to take Bamboo as our main material for the restaurant. And we planned to use Bamboo for the whole building structure and building skin. But what kind of Bamboo, and how would it looks like? We started to think about what is the basic function of a building? For us, it is basically for protection. Protect us from sun, wind, rain, etc. Does it sound like the function of umbrella also?

The form of restaurant basically was inspired by an umbrella. But we want to make a “giant” and an “unusual“ umbrella. The “giant” form would be functioned as a “shelter”. A group of “shelter” then become a “building”, which hopefully could protect the restaurant guest from sun, wind, and rain. We make the “giant” bamboo umbrella in different size (the width and the height) for arranging the “giant” umbrella in such a way that each “umbrella” could overlap each other to become a “giant” roof.

The “giant” roof functioned as a shelter and also as a gutter for rain. The rain water is directly distributed to the ground via a pipe in the middle of the structure, which is wrapped by Bamboo. Bamboo is a strong material and with a minor modification, we can directly create a great and beautiful structure.

The structure is tied up by a rope called “ijuk”. Each roof is supported independently by four bamboos, which is tied up with cross beam, also by bamboo, to create one big column. The bamboo was standing on the concrete foundation that came out from ground to prevent from water. We created a wide and also high roof for allowing wind flows freely through the restaurant. The roof cover also made from bamboo, which is assembled with coupling system. The system is used for preventing water dripping, and for protecting cracking which usually happened when bamboo is being exposed directly to the sun. 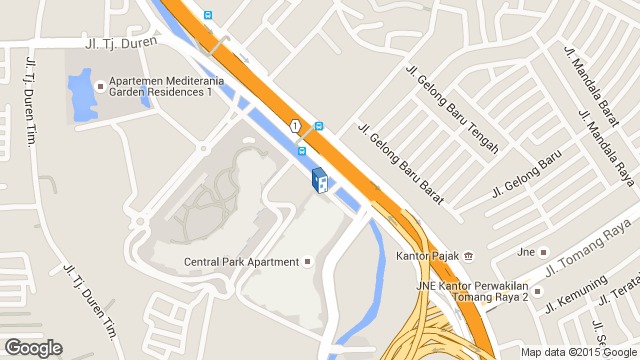