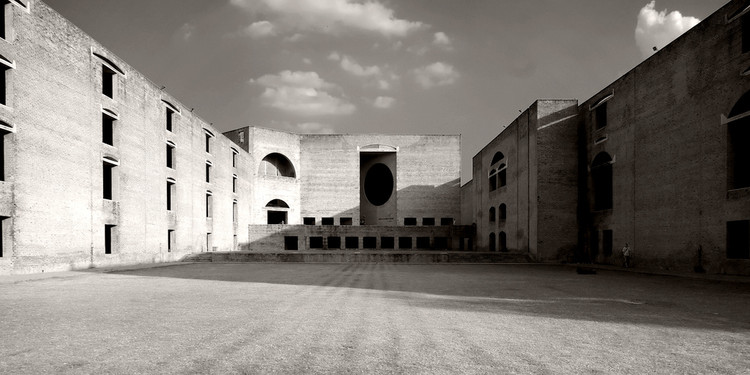 Text description provided by the architects. While Louis Kahn was designing the National Assembly Building in Bangladesh in 1962, he was approached by an admiring Indian architect, Balkrishna Doshi, to design the 60 acre campus for the Indian Institute of Management in Ahmedabad, India. Much like his project in Bangladesh, he was faced with a culture enamored in tradition, as well as an arid desert climate.

In 1961, a visionary group of industrialists collaborated with the Harvard Business School to create a new school focused on the advancement of specific professions to advance India’s industry.  Their main focus was to create a new school of thought that incorporated a more western-style of teaching that allowed students to participate in class discussions and debates in comparison to the traditional style where students sat in lecture throughout the day.

It was Balkrishna Doshi that believed Louis Kahn would be able to envision a new, modern school for India’s best and brightest.  Kahn’s inquisitive and even critical view at the methods of the educational system influenced his design to no longer singularly focus on the classroom as the center of academic thought.  The classroom was just the formal setting for the beginning of learning; the hallways and Kahn’s Plaza became new centers for learning.

The conceptual rethinking of the educational practice transformed a school into an institute, where education was a collaborative, cross-disciplinary effort occurring in and out of the classroom.

In much of the same ways that he approached the design of the National Assembly Building in Bangladesh, he implemented the same techniques in the Indian Institute of Management such that he incorporated local materials (brick and concrete) and large geometrical façade extractions as homage to Indian vernacular architecture.  It was Kahn’s method of blending modern architecture and Indian tradition into an architecture that could only be applied for the Indian Institute of Management.

The large facade omissions are abstracted patterns found within the Indian culture that were positioned to act as light wells and a natural cooling system protecting the interior from India’s harsh desert climate.  Even though the porous, geometric façade acts as filters for sunlight and ventilation, the porosity allowed for the creation of new spaces of gathering for the students and faculty to come together.

Together, Kahn’s rethinking of the traditional principles of India’s educational system along with a group of ambitious industrialists helped create one of the most sought after, influential, and elite business schools in the world.  Unfortunately, Kahn was unable to see his design come to fruition as he had died in New York City in 1974 before the project was finished.  However, there is no question whether or not his design had completely transformed the way in which modern architecture establishes itself in one’s culture. 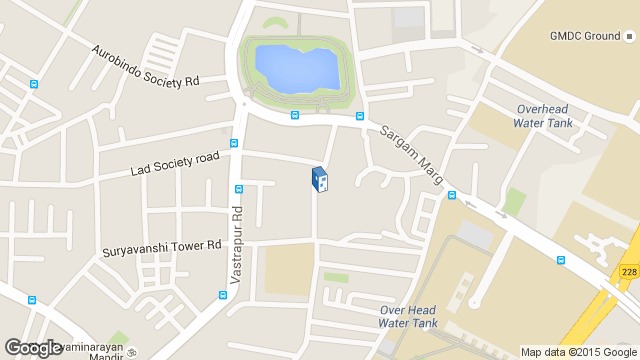 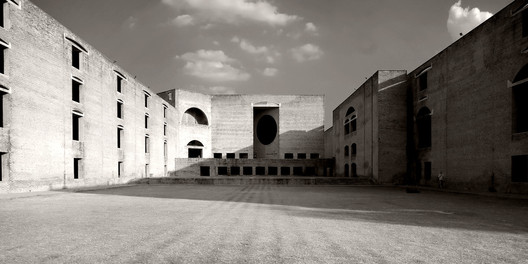