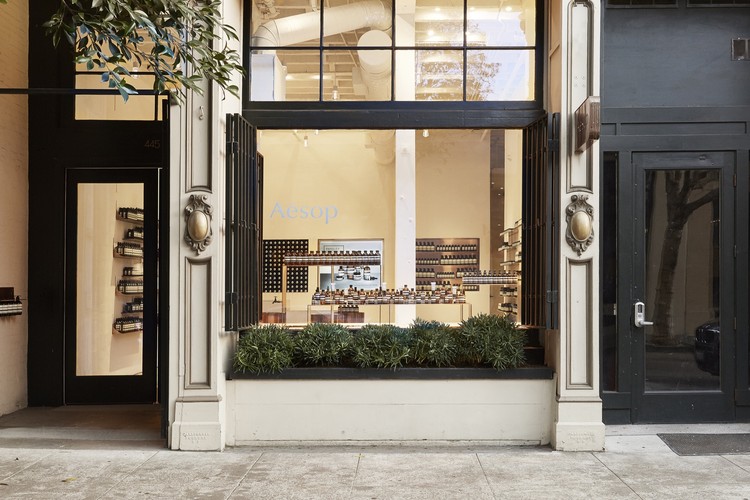 Text description provided by the architects. Our latest collaboration with Aesop is defined by 41 solid copper shelves embedded within a hand raked plaster wall terrain.  Located on Jackson Street, in San Francisco's historic waterfront district, the design pays homage to the tenacious spirit of the San Franciscans who first settled the Bay Area.

In line with Aesop’s customary architectural approach – to work with what is already in place, weaving a discreet presence into the fabric of the locale – fault lines and natural rifts within the area’s geological timeframe were key influences, expressed through a prominent raked wall of plastered texture and form. Bracing, stitching, and splicing the surface of the wall terrain, forty-one solid copper shelves bridge the in-between, bearing intended reference to the copper stills used to produce the whiskey in A.P Hotaling’s warehouse, once the West Coast’s largest whiskey repository.

This space is situated in one of a handful of structures that survived the 1906 earthquake and fire, owing to the quick-thinking firemen and hundreds of citizens determined to protect the stores of Hotaling’s Whiskey, an endeavor that fortuitously preserved the architecture of neighboring blocks. 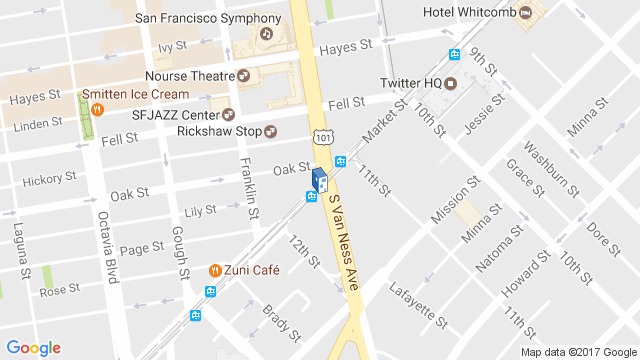