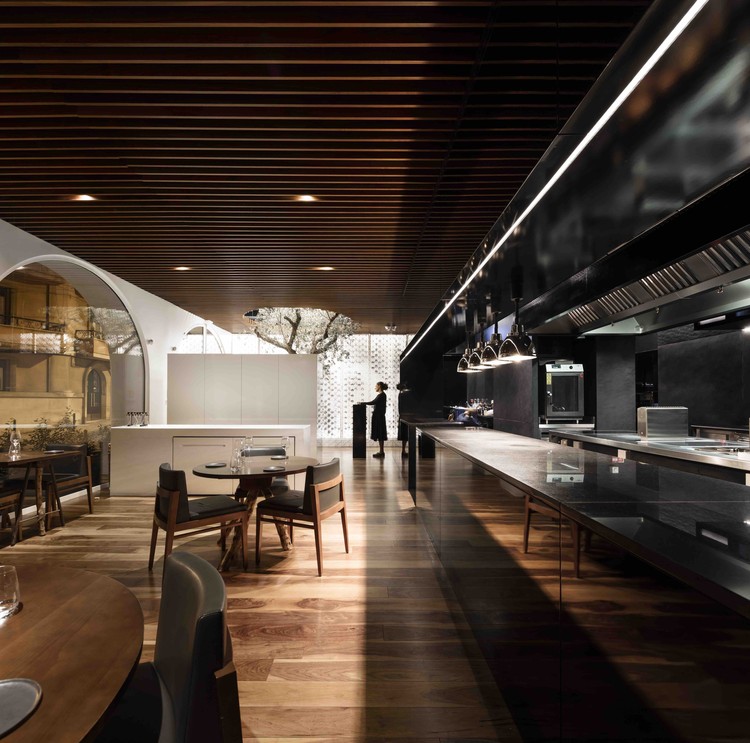 Text description provided by the architects. Transformation of a ground-floor space located in a building composed in its base by various stone arcs, four of which make up the restaurant’s facade, and act as main features of the space, both in the exterior and on the interior.

These arcs were highlighted, by lighting up its boundaries and by designing back-lighted flowerbeds for their bases.

It is precisely through one of these arcs that the entrance to the restaurant is made, through a large glass pivoting door. Once the glass arc is passed by, we have the customers’ reception area dominated by the presence of a suspended olive tree and by the enlightened wine cellar which covers the entire entrance’s sidewall.

The dining room, wide but also intimate is, on one of its sides, defined by the façade’s white arcs, closed with single glazing panes and on the other, by the black kitchen volume open to the room.

The program demanded a high complexity kitchen totally personalized by the Chef in order to optimize the workflows proper to this type of structure’s performance. As such, and given that the kitchen should be visible from the room, it was necessary to conciliate these demands with the creation of a cared atmosphere but not visually evasive for those in the dining room. This way, the dominance of the black colour is chosen. Behind the kitchen scenes, at the back, the technical area, the changing rooms and the back-office were placed in addition.

On the top wall of the dining room, the crafted tile panel that fully covers it stands out, developed in partnership with the Ceramist Artist Maria Ana Vasco Costa.

This tridimensional tile panel is like a sculptural piece and intentionally makes a counterpoint to the wine cellar by the entrance. It is also white, with the same diamond basis design and also enlightened, capitalizing on its three-dimensionality, reflecting the light that shines on it in different ways, depending on the observer’s perspective and on the time of the day.

The horizontal planes of the dining room (floor and ceiling) are in wood, contributing to the comfortable environment, of the living room that was meant for this space. In the ceiling, in lath, which apart from hiding the infrastructures such as the ventilation ducts and the spotlights, blurs the boundaries of this plane, giving a sense of continuity and lightness.

This sense of space continuity is also achieved thanks to the similar treatment that the toilets received, with respect to the dining room. These are characterized by the same wood pavement and the black coloured walls, by a careful and distinct lighting and also by small ornamental suspended plants. The aim is to maintain a careful environment and almost domestic, even in these spaces, usually second to others. 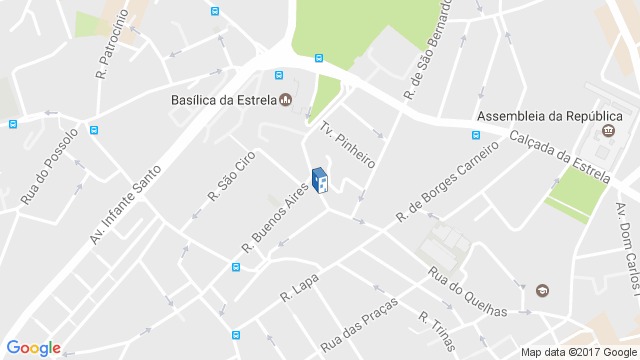 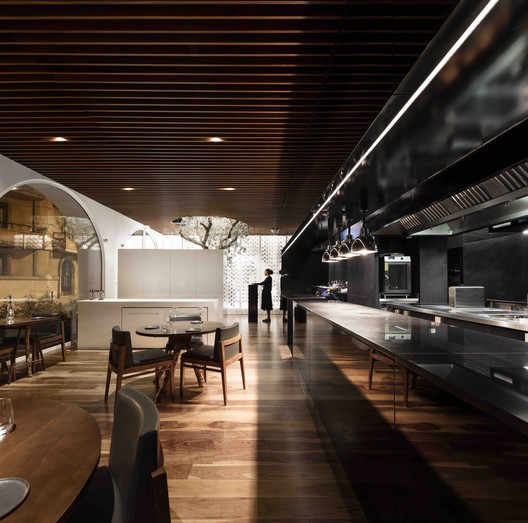