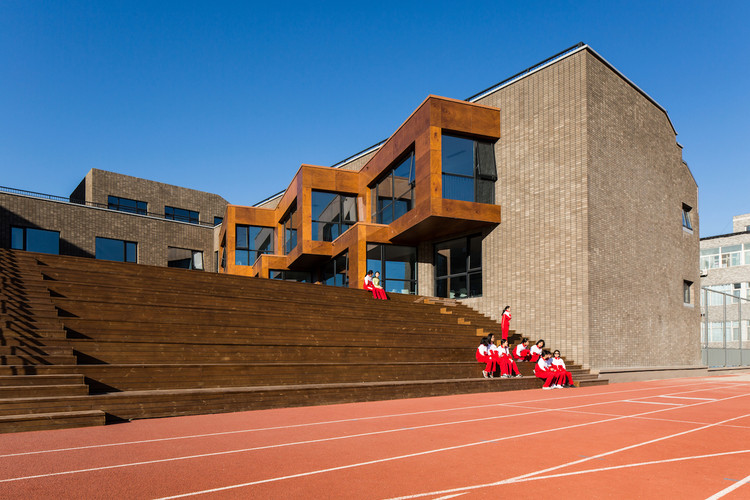 Text description provided by the architects. In Beijing, The Affiliated High School of Peking University is open for class in its first term, its interior and adjustments to architecture are designed by Crossboundaries. On an existing campus in the north west of the city the design package extended to 26,000m2 of this public middle and high school extension and challenges current educational ideas in China. Its spatial design becomes an educational instrument, foreseeing the latent needs of the future school based on the schools' spirit of interaction, inspiration and individualization.

Thirty years of reformation have seen China experience an explosive economic expansion. Reflecting on this development, both Government and public are aware of the importance and urgency to reform the country’s educational system. Reform of the system in the widest sense, referring to a future that we have little understanding and to a vision that will require - more than knowledge - skills that champion diversity, collaboration, innovation and accountability.

Unaccustomed to individual thinking, China and its East Asian counterparts still applaud collectivism, born of the Confucius values that the culture is founded. Stemming from the core of family units that spreads into the community, from structures such as the ancient hutong in Beijing or the communal system of the 'danwei' (the Chinese working and living units), you are not a complete person without your family, compiled with the social and economic implications of the one child policy.

This exploration of the strong ties to the family and today's educational response continues themes of research developed as a result of pervious projects such as Soyoo and Family Box, both extracurricular play facilities for children up to the age of 12. Crossboundaries explored a deep relationship with childhood development in China and the specific needs in cultivating independence from parents and grandparents whilst still engaging these guardians in the children's autonomous development.

The starting point for Crossboundaries was an already planned shell and core imminently about to be built, with out-scaled single function spaces, isolating and lacking indicators of use from spatial arrangement and visual connection. With this framework Crossboundaries proposed achievable and realistic adjustments to the architecture, inherent in the school's long term evolution, that allowed a complete interior design solution reflecting the clients reformative vision for education in China. His mission, far out from the existing design and the imaginations of his faculty, was to provide for an individual within a collective state capable of responding and contributing to the future.

Satisfied with Crossboundaries proposal and supported by his faculty, the headmaster delayed the opening of the new extension by one year to allow for changes to the architecture. Crossboundaries intention was not to apply decorative crisp colours in conventional spaces and fit out rectangular teacher focused classrooms with odd-shaped tables, but rather a strong integrated concept that will remain as the school and its pupils evolve. Systemising classrooms, developing the programme to include music and art subject areas, as well as removing walls, adding windows and reconfiguring space were all in view of two key drivers: communication and blurring of subject boundaries.

Devising a stage for the passion of learning and teaching, connections tied together and circulation afforded to offer room to pause and share. Reconfigured spaces are equipped with a series of multipurpose elements, like functional walls, colour identity, both visual and physical connections running both horizontally and vertically. What were institutional corridors of classrooms are now redefined in form and function. To instigate exchange and interaction between passing students, walls are integrated with lockers, shelves and seating niches.

On the other side of the activated corridors, classrooms are reconceived to focus on the student not the teacher, to work across multiple subjects and activities. Its walls are also loaded with sinks, whiteboards and screens. The classrooms' form breaks away from rigid uniformity and is complemented by lighting, varying ceiling heights and a choice of vertical work surfaces that create different zones. Foldable walls not only provide alternative focal points by doubling up as white boards and pin boards but also add the option to expand and contract spaces.

Moving through the school it continues to engage with views across learning spaces. For instance the art area, previously planned as an indoor running track, isn't just neighbouring the music and sports areas but shares passive and active connections. The sport lobby bridges the double height space of the art area leading directly into the sports library. Overhead light strips in the ceiling mirror the running track of the sports field above. Sports class rooms share the circulation with the open plan art spaces and have windows that look directly into the sports halls.

Formerly planned as a mono directional facility, the auditorium - conceived with a raised stage and rowed seating - was remodelled as a two directional multifunctional hall, a sunken space with stepped seats, that creates an indoor plaza for seeing or being seen, for idling or interacting thus blurring the functions and opening up possibilities. Imagined by Crossboundaries for exhibitions, receptions or even performances, the entrance area connects to the auditorium via movable walls forming a horizontal landscape leading beyond to the art area. Vertically, voids puncture down visually connecting to music.

Inserting new paths and enhancing journeys, the library, previously a destination along a route, is now a cross road. A happy result of partnering the sculpting of the multifunctional hall ceiling with the above tribune that connects the library and sports field. Both an intermediary and a throughway the tribune blurs and connects the two areas visually and physically, functionally offering another stopping point for exchange and interaction.

Moving this school away from its institutional format by amendments to structure and systemising the interior has opened it to opportunity to individual learning experiences, interaction and inspiration. This school is just beginning its journey and is prepared for the future by creating a subtle dialogue, messaging multiple functions and engaging its users with one another. 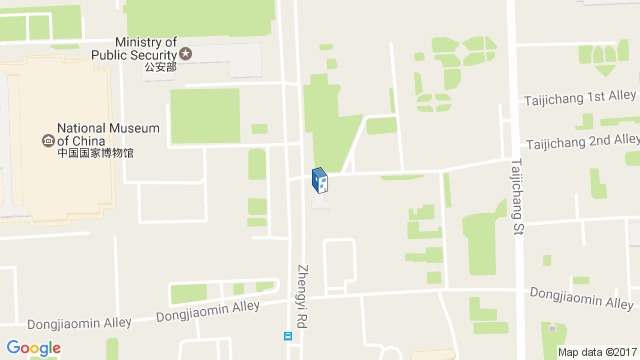 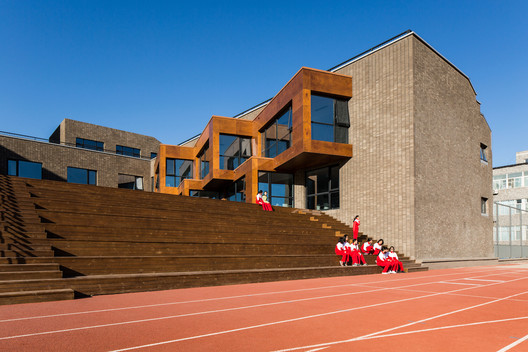