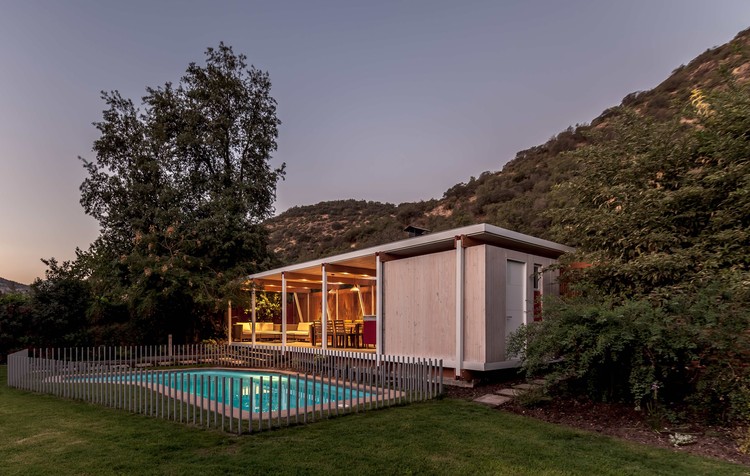 Text description provided by the architects. An isolated and open construction, next to an existing swimming pool, was ordered at the end of the house garden. The place is presented with an outstanding geographical support, which contains and frames a privileged green environment, typical of the pre-mountain range area east of Santiago.

The project strategy refers to the pergola as an architectural reference; That light and autonomous frame as an integral support of nature and multiple activities.

Taking into account these premises, the project proposes as a general party a sequence of 5 modules configured through 6 mixed structural trusses composed of a system of 100x100x3 white painted steel pillars and composed beams of 2x8" Oregon Pine worked in commercial formats, which stand on a stone base that gives the project a new layer over the natural terrain level.

The project contemplates two programmatic areas, which are divided and articulated by a central concrete wall transversal to the volume that contains the grill`s equipment.

A permeable and translucent area of ​​recreation contained by the closure of a 1 "x 4" Oregon Pine louver that accompanies the volume throughout its length, and a sealed service module uncoupled and detached from the established modulation, which houses the kitchenette, Bathroom and wine cellar.

At the same time, as a conditioning of the approach, a certain flexibility is established in the future composition of the pavilion, which by the repetition of the structural framework, can constitute a new programmatic unit of a playroom or spa, without breaking the composition Unit of the skeleton.

For the anchoring of the structural pieces the detail of the encounter is worked through a metallic joinery that assembles the Union as part of the character and image of the project.

Complementing the East orientation established, the transparencies are worked integrally with skylights and louvers in search of different areas of light and natural ventilation, and certain openings by cutting of the deck and the floor platform that give rise to an interior planter.

In relation to the materialities are favored noble materials, easy to maintain and long lasting. The structure and pallets are Oregon Pine lumber dried and dressed in chambers and treated with Wetproff extra colorless waterproofing varnish. In the case of pavement, WPC gray-gray deck of Lorenzini was chosen. As ceiling cladding, 1"x 4” wood board pine is used, of Arauco treated with white varnish Wetproff, nailed on rafters which are anchored to the main steel beams forming a rigid diaphragm with the OSB wood board of the roof. 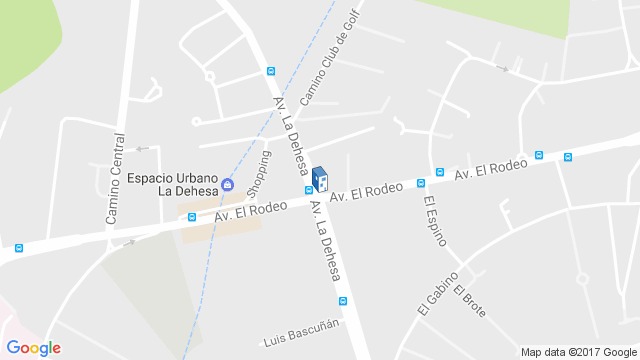