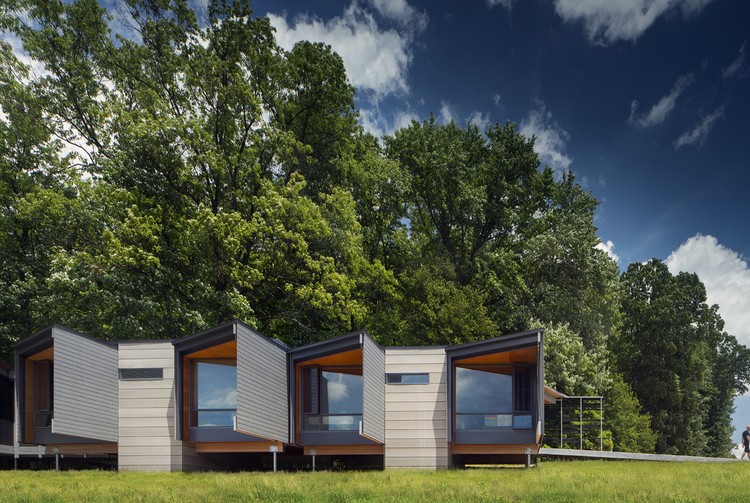 Located on a historic farm adjacent to Frank Lloyd Wright’s renowned Fallingwater residence, High Meadow’s original 1960s cabin, with only four bedrooms, lacked square footage needed to meet the Institute’s growing demands. After exploring a variety of design options over several years, a decision was made to enlarge the footprint of the existing house, doubling the property’s capacity with four new dwellings.

“The building’s main entry welcomes visitors into a central screened porch, which joins the new architecture to an existing cabin and serves as the outdoor gathering and dining space,” says Bill James, project architect from the firm’s Pittsburgh office. “A horizontal screen, made of Norway Spruce harvested and milled on site, extends from the main cabin and continues along the walkway leading to the dwellings.”

Described as modest wood portals with framed views of the surrounding hilltops, the dwellings rest above ground on a network of nimble steel columns, imparting minimal disturbance to the site. Each small abode contains a desk, closet storage, full bathroom and two twin beds. Materials and finishes are deliberately minimalistic and durable, lending a sparse elegance to the space.

High Meadow received the 2016 AIA Pennsylvania Silver Medal, the highest honor given by the Institute’s Pennsylvania chapter. The jury noted: “The scale and materiality of the building is in great contrast to the beautiful background. The graceful addition to the existing structure successfully provides new public and private amenities.”

In addition to High Meadow, Bohlin Cywinski Jackson is responsible for several other notable projects completed for the Western Pennsylvania Conservancy, including the 2006 adaptive reuse of the Barn at Fallingwater, originally built in 1870. Entrusted to the Conservancy in a 1963 grant that also included the Fallingwater residence, the Barn was transformed to provide a variety of gathering spaces for exhibitions, lectures, classes and events. The project received an AIA Committee on the Environment Top Ten award for sustainable excellence in 2005. 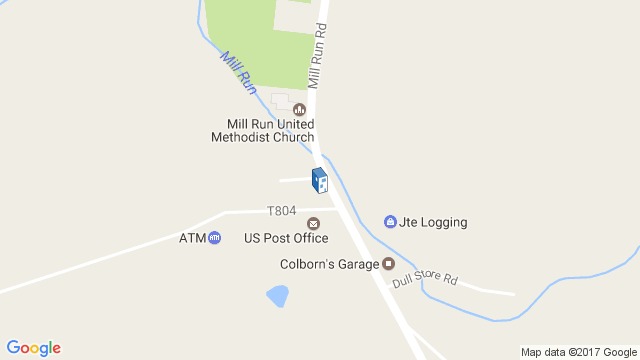 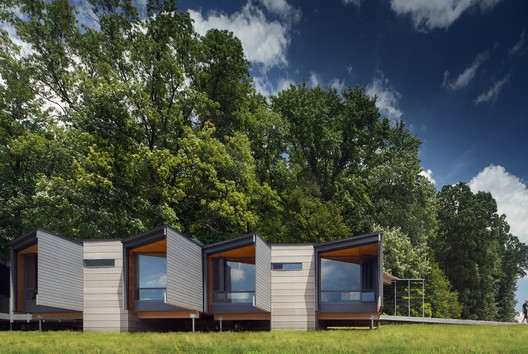