Lima-based architect Karina Puente has a personal project: to illustrate each and every "invisible" city from Italo Calvino's 1972 novel. Her initial collection, which ArchDaily published in 2016, traced Cities and Memories. This latest series of mixed media collages, drawn mainly using ink on paper, brings together another sequence of imagined places – each referencing a city imagined in the book.

Invisible Cities, which imagines fictional conversations between the (real-life) Venetian explorer Marco Polo and the aged Mongol ruler Kublai Khan, has been instrumental in framing approaches to urban discourse and the form of the city. According to Puente, "each illustration has a conceptual process, some of which take more time than others." Usually "I research, think, and ideate over each city for three weeks before making sketches." The final drawings and cut-outs take around a week to produce. 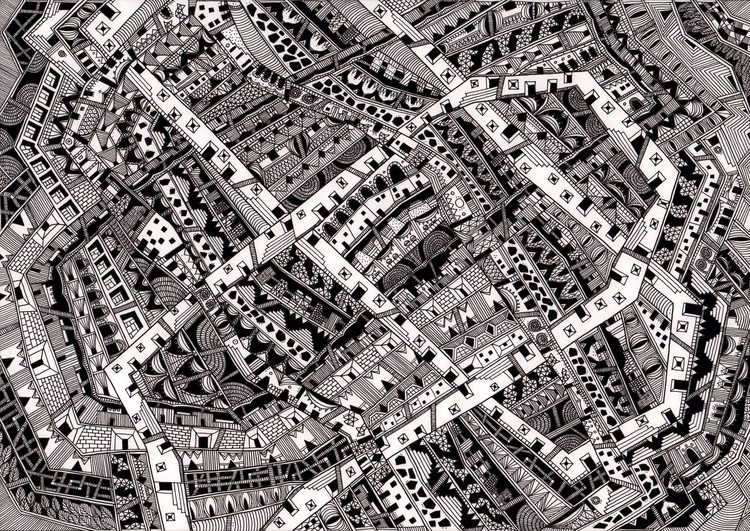 In an interview with Kindle, Puente has stated how she finds cities "absolutely amazing," and even more so about metropolises and megalopolises. "I am interested in all of them, tiny, huge, historic, creative, problematic or cosmopolitan; every single one has something worth admiring. One of the things that deeply interests me is the powerful exchange of knowledge that happens in cities and the multiple and diverse sociocultural interchange we witness. The more hectic a city is, the more interesting for me. There is something magical about people living close together."

Puente continues: "I could tell you about how I decided to make Anastasia, which is part of the chapter Cities and Desire. Anastasia is a city of deceit. Calvino talks about how you think you are happy living inside her but you really aren’t – about that duality. So, I represented a city on top of another city. The city on top is a happy city, with kites and elevated streets, while down below there is a mining city, with no light and where you have to work all day long and are trapped. In this case, dreams and desires are represented on top and fear is represented underground."

The city appears to you as a whole where no desire is lost and of which you are a part, and since it enjoys everything you do not enjoy, you can do nothing but inhabit this desire and be content. Such is the power, sometimes called malignant, sometimes benign, that Anastasia, the treacherous city, possesses; if for eight hours a day you work as a cutter of agate, onyx, chrysoprase, your labor which gives form to desire takes from desire its form, and you believe you are enjoying Anastasia wholly when you are only its slave. 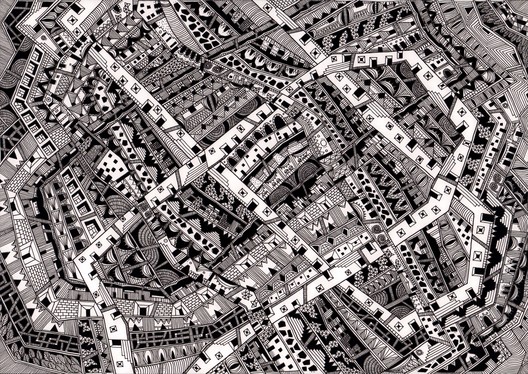