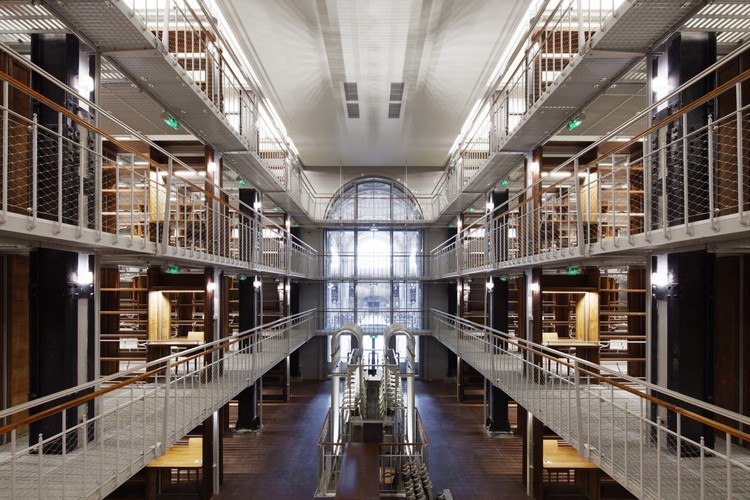 Text description provided by the architects. In order to undertake this intervention and to elaborate the project, Bruno Gaudin’s offie first had to understand, interpret, and classify the issues specific to this ensemble. They had to literally “break it down into its constituent parts” to be able to better rebuild it and to highlight its intrinsic qualities

The historical and structural studies, obviously indissociable, brought to light an extraordinary juxtaposition of spaces of every kind, from reserve areas and galleries to staircases and rotundas and much more. Thus, the fact that some of the spaces were listed, such as the Salle Labrouste for example, or that others parts were inventoried, was insufficient data to be able to describe the rich nature and complexity of this site. The assessment revealed the necessity of taking into account a multitude of places, which this project had to restore to their original life and splendor. Thus, the architect’s insistence on relying on these sometimes modest yet magnificent witnesses to the stratified history of the Quadrangle. To launch the project for the rehabilitation of the Richelieu Quadrangle was, therefore, to accept the challenges of a polymorphic building whose architectural strata required the elaboration of not one but several different projects: one aimed at the great scale of the site, the one concerning distribution and reception; and other projects targeting the renovation of individual rooms, each having its specific issues and requirements.

The architectural project for the Quadrangle relies on both the very powerful historical nature of the site and on the campaign to upgrade it in compliance with codes – technical, safety, accessibility, and functionality.

To implement this project, Bruno Gaudin’s of ce developed different typologies of “weaves”, which set up, depending on the type of space, a variety of dialogs between Architecture, History and Techniques. It was this “three-way conversation” that guided and accompanied the necessary and profound changes the Bibliothèque was to undergo.

Although the inherent constraints of the technical project sometimes occasioned immense difficulty because the building was so complex, the architect strove to take advantage of these same constraints and to use them as project tools. In fact, technical elements are not necessarily hidden: they are also revealed, and even staged. Underpinning the project, they determine the envelopes, justify the spatial and structural decisions taken, and even become integral architectural objects. Depending on the type of spaces to be treated, a whole range of solutions was developed, from the Lobby / Vestibule, all the way to the reading rooms, by way of the stacks and other storage areas of every kind.

The extreme diversity of the spaces to be treated, the variations in typologies of interventions, even within these different rooms, typologies themselves characterized by multiple interfaces, all required an adapted working methodology as well as specific graphic tools of representation. These necessary resources had to be made available to the various actors involved in the operation so they could describe, calculate and finally implement the project. 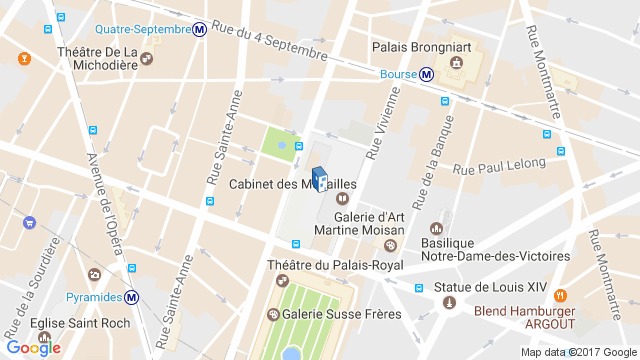 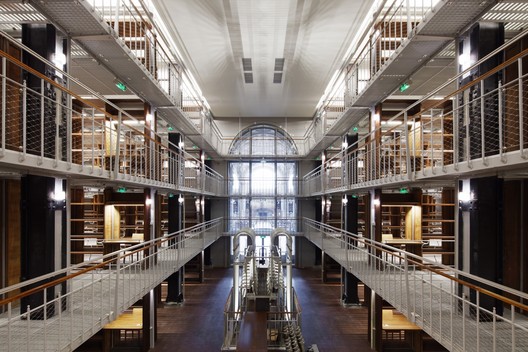