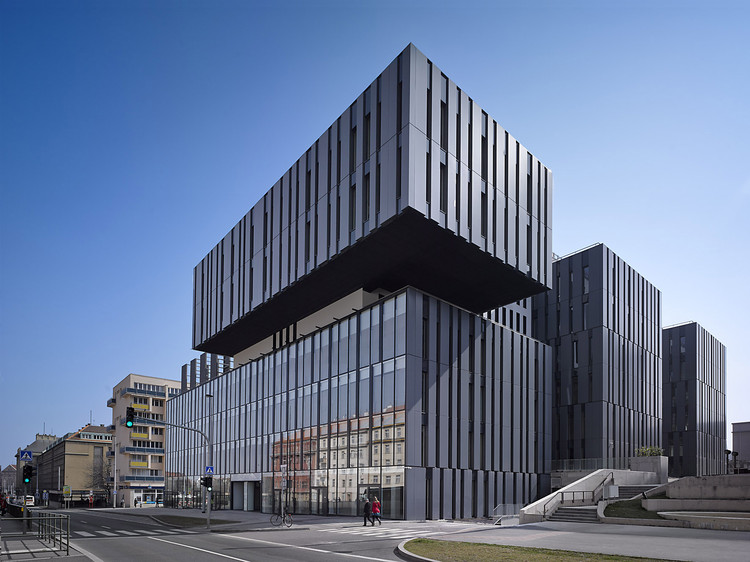 Text description provided by the architects. A new office building with retail areas on the ground floor follows up the basic urbanistic concept of the Dejvice borough. The design of an eight-storied building also contained a landscape design of the nearby park.

The Dejvice neighbourhood is renowned by its urbanistic concept developed at the beginning of the 1920s. Its architect Antonín Engel set down the rules for positioning buildings for a long time ahead, and they have still been followed aside from some minor exemptions.

It was, therefore,  clear that the basic shape of this building must abide by the first urbanistic scheme of positioning buildings in this area.; However, the project had to be developed as very closely linked to the surroundings. That means it had to link even to those buildings disturbing this scheme. The building firmly follows the specified street line on the north side and deals with the difference in level between the open space of the park on the east side and the standard height of buildings along the street line. On the west, towards the Diplomat hotel, the building redefines the substantial attributes of city urbanism by reintegrating the space between buildings preparing it for the possible extension in front of the hotel whose footprint could reach to the street line. A separate chapter is a coexistence of the planned building and the park. The building (the same as the other, existing buildings) uses the park as a substantial means of compensation to the otherwise busy location. Most functions in the building are at least visually related to the park.

The building is optically divided into several plans adjusting its scale to the surrounding buildings. That is into two wings in principle. Their minimalistic architecture uses similar architectural attributes, but eventually distinguishes between them. It is evident that the smaller wing parallel with Evropská is the more formal part including entrances and public areas; the larger wing, on the contrary, designed along the park is purely utilitarian. The concept of two visually independent blocks is supported by the tectonics of facades used on the larger wing. A dark strip, the distinct element turning into buttresses and consoles has a carefully selected tectonics. Its task is not simple; that is to say. It absorbs some often controversially specified spatial conditions and requirements laid on the project during negotiations. The clear-cut effect interrupts the necessary stepping back or cutting from the central mass that seems to be clear and legible this way.

Layout – functional concept of the building is clear-cut.  The major administrative function is entirely present on all storeys above the ground floor. The ground floor accommodates functions supporting the offices (reception lobby, canteen, cafeteria) and retail facing the street. A parking garage, technology areas, and back-of-house are in the basement. THE BLOX is a typical representative of an urban office building by its mixed-use concept supporting the city environment.

Product Description. Although the described material is not the most important in the building regarding the size or technical parameters, its effect in the public interior areas is more than important. It crucially supports the intended minimalistic concept preferring clear areas and open spaces whose borders are rather intuitive than strictly defined.

When we decided for floor finishes running through the entire entrance lobby and forming a sort of a connecting platform of several functional parts we chose a classic material. Natural, light grey terrazzo.

Although it was not easy to apply the terrazzo – the application is firstly a wet process, and then it requires a relatively complicated finishing consisting of grinding, polishing and impregnating – the result perfectly matched our expectations.  This material is almost joint-free; distances between stainless steel movement strips are meters. It is wear-resistant and almost does not age (this is proved by still functioning, very well preserved floors in houses over a hundred years old). But for us, the most important factor was the sensation of the material’s surface. The used light dolomite stones with the grain size up to 20 mm from the Bohdanec quarry imparting to the material the feeling of optical depth.  Modified cement is the filler – a bonding agent – together with the above stones, it creates a sense of a somewhat natural downrightness of the material.

It was interesting to see how such a traditional material we can find in almost all Classicist houses from the turn of the 19th and 20th centuries in Prague outperformed our expectations and made such a futuristic appearance in the minimalistic concept of the entrance lobby. 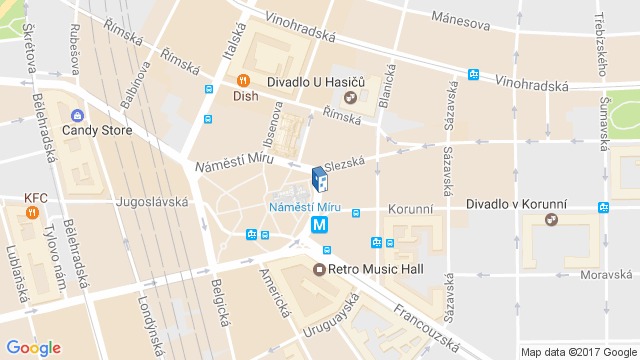 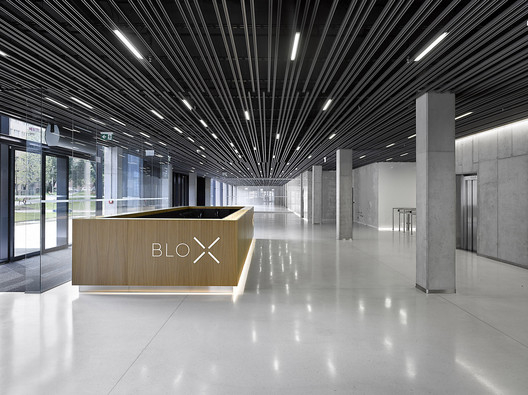 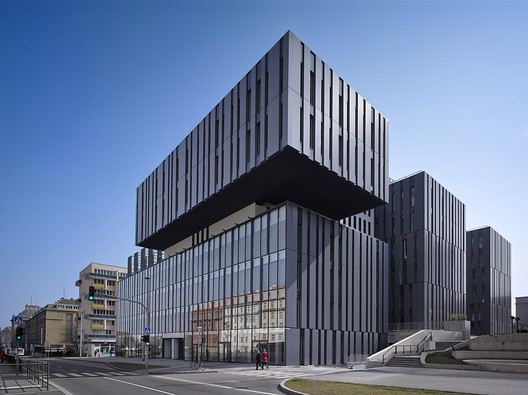