Planning approval has been granted to British firm FaulknerBrowns Architects, for the construction of a new residential tower on the site of a dilapidated warehouse building, in Newcastle upon Tyne.

“We have worked extremely hard to design a building of the highest quality and we believe this development will create a positive landmark for the city, representative of its ambitious and forward thinking outlook,” said Paul Rigby, partner at FaulknerBrowns. 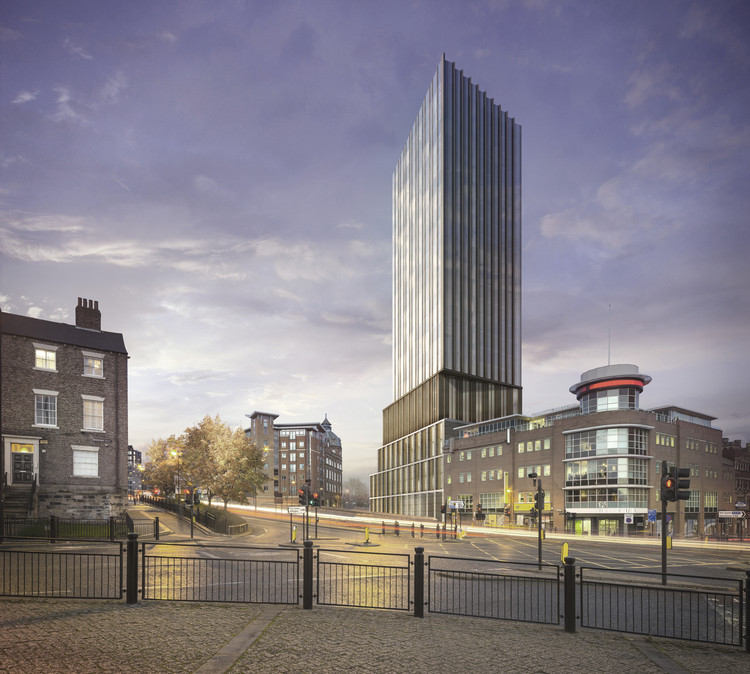 Having been vacant for 12 years, the warehouse will be replaced by a 26-storey tower consisting of 96 single-bedroom apartments, and 66 two-bedroom apartments. The scope of work also entails upgrades to public infrastructure, to promote future investments in the city.

The project has been planned specifically for Newcastle’s residential rental market and aims to further the city’s economy by offering additional privately managed housing options. In particular, catering to graduates and young professionals is also intended to greatly benefit and contribute to the UK’s economy, and add to Newcastle's vision as a leader in the fields of emerging technologies and science.

The Word - National Centre for the Written Word / FaulknerBrowns Architects 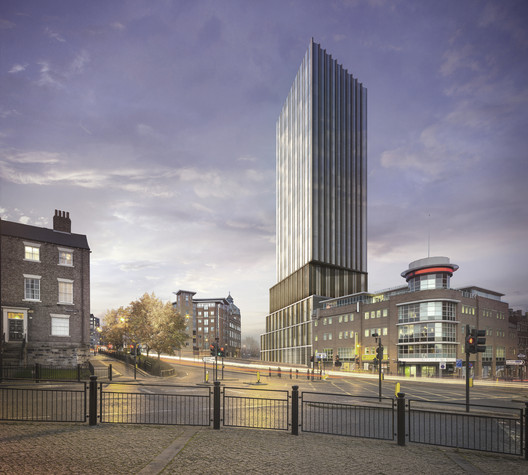