Such phrases are how art and architecture studio Marc Fornes / THEVERYMANY attempts to describe it’s latest curvilinear project, Under Magnitude.

Suspended within Orlando’s Orange County Convention Center, the installation is a two-storey structure, formed from a network of branches that are synthesized by a single, smooth white surface. The form expresses the studio’s aim to “unite surface, structure, and space in order to create a new kind of experience.” 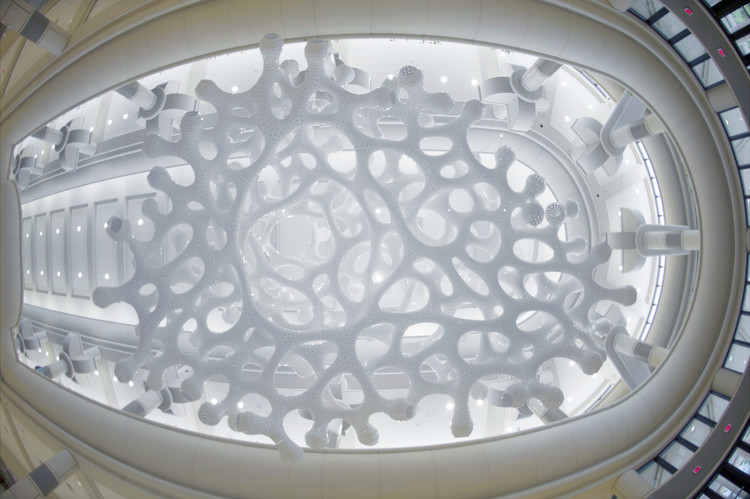 The whiteness of the piece allows for dynamic shifts in tone and light at different times of day. Often, it achieves the effect of lacking edges or boundaries, amplified by the flowing curvatures.

From a distance, the structure could be perceived as one single mass, yet upon closer inspection, it reveals itself to be the conglomeration of a number of sub-elements. The complex surface also serves as structure, as a result of the tubular branches intertwining to create ‘columns’ and ‘beams’.

While its material thickness is a mere 1mm thin, the structure itself is sturdy enough to be walked on. This is based on the fundamental concepts of intensive and extensive curvature, the latter of which was explored in Frei Otto’s Soap Bubble Model.

The strength of Under Magnitude is achieved by 'Intensive Curvature,' which is the maximization of double curvature across the project while constraining maximum radii, the studio explained. The result is a structure that has much tighter curvature with constant change of direction, and results in more structurally performance. 'Intensive Curvature' leads to the curly, tubular branching characteristics consistent across the studio's body of work.

Under Magnitude is also a further realization of ‘Structural Stripes’, an aluminium-based material system invented by Fornes and developed over the past 10 years. Each cut stripe is fastened together and represents units of building material, yet is unique in terms of location and is conscious of adjoining stripes. In the case of this project, 4,692 parts were used.

Such work is characteristic of Marc Fornes / THEVERYMANY, which continues to conduct explorations of material, surface, structure and computational assembly within the context of defining architectural space. 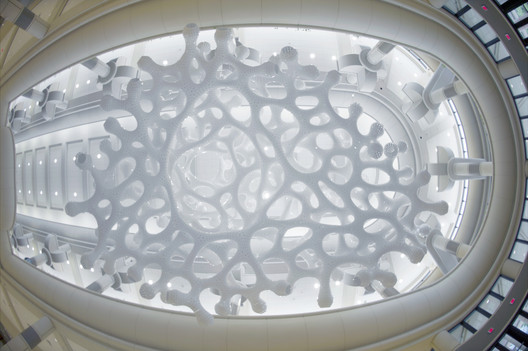