MVRDV has released new renderings and a flythrough of their competition-winning design for a new cultural center in the city of Zaanstad in the Netherlands. Borrowing architectural motifs from the historic Zaan House, the design flips the traditional form inside out to create a new living room for the city. Inside, the building will become the new home of a film house, a library, a performing and visual arts centre, a pop music centre, a music school, a centre for design and a local radio station. 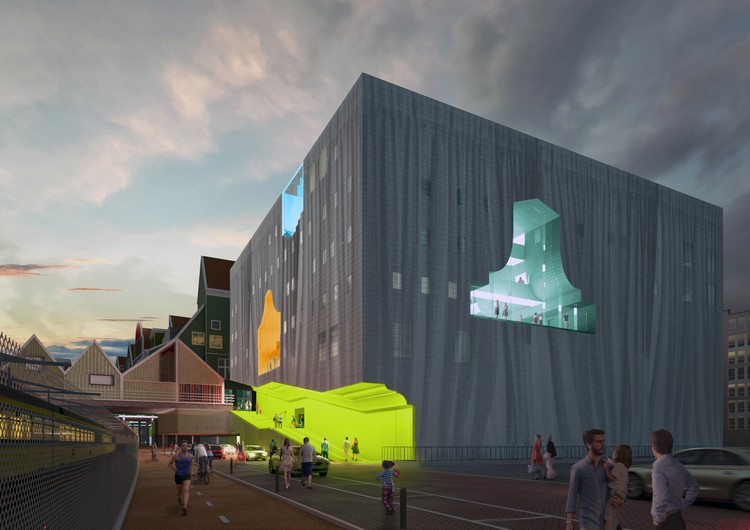 Learn more about the project here: