FAAB Architektura has designed a smog-fighting music academy on the site of a former military base in Cracow, Poland. In a city constantly tackling air pollution, FAAB has incorporated a 1300 square meter "Air Purifier" into their proposal, combating CO2 levels as effectively as 33,000 city trees. This system, however, is only one element in a music academy wholly integrated with its natural surroundings. 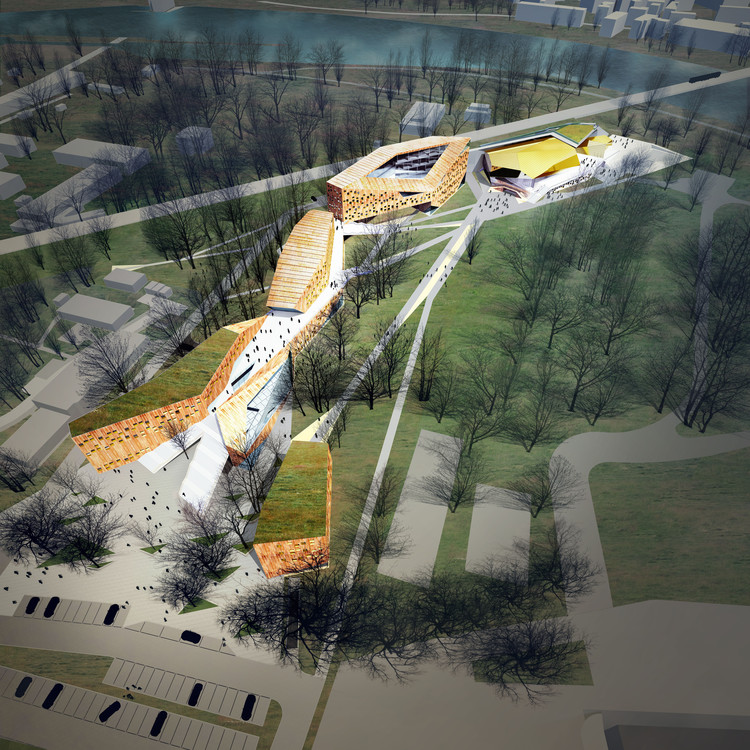 The proposed scheme forms part of a larger vision known as the ‘Cracow Music City’, and creates vital links between Cracow and the Vistula River. FAAB’s proposal is largely car free, with emphasis given to pedestrian and cycle traffic. Consideration has also been given to a potential water tram along the river, adding to the scheme’s versatility in a changing urban landscape. The buildings are clad in vernacular wooden lap panelling, adapting to their natural surroundings.

The proposal contains three elements; an educational wing, concert hall, and small guest building. These elements meander between existing trees, alternating between indoor and outdoor space. As well as providing recreational space for students, this enables natural light to reach all practice rooms, common areas and administration suites. The user is fully immersed in nature, with a promenade leading through a park to the concert hall entrance, and circulation carefully considered to maximize views of the nearby River Vistula.

The proposal takes full advantage of sustainable technology. As well as being equipped with an Air Purifier, the scheme is ventilated using Ground Heat Exchangers, reducing the energy needed to control internal temperature. The scheme is also capable of reusing rain water, and the heat from used hot water.

Through their proposed academy, FAAB has made a positive contribution to the relationship between the built and natural environment. 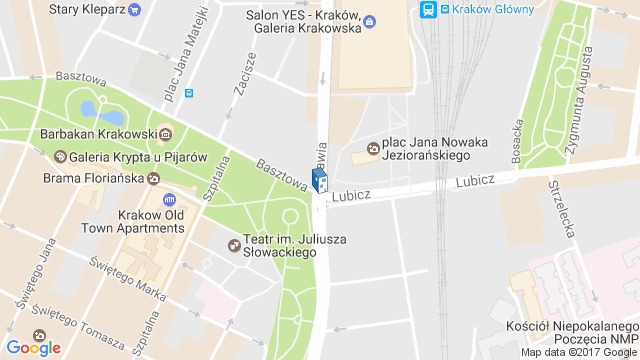