Text description provided by the architects. Krøyers Plads is a five-story housing project with a significant location in the centre of the Copenhagen harbour area designed by Danish architects Vilhelm Lauritzen Architects and COBE. The award-winning and Nordic Eco-labelled project is now finished. The project is based on a hyper-democratic and contextual approach where folded roofs and architectural heaviness create a dialogue between old and new, and a modern, empathetic interpretation of the architectural uniqueness of the old Copenhagen warehouses.

Krøyers Plads is a significant location in the centre of the Copenhagen harbour area. The site constituted a gap in the continuous rows of old warehouses that sit perpendicular to the harbour and was an architectural and political battle eld in Copenhagen for more than a decade. When the nal building design for this beautiful historical site was developed by Vilhelm Lauritzen Architects and COBE, many architectural proposals had already been rejected by local organizations and politicians for various reasons.

With a prime location in the Copenhagen harbour, opposite the Royal
Playhouse, the historical Nyhavn, and next to the world’s best restaurant, Noma, the project consists of 3 story housing units with 105 apartments ranging from 79 to 250 m2 in size. The ground floor of the three buildings houses restaurants, shops and a supermarket. Krøyers Plads is surrounded by a wooden waterfront promenade, which has become a favorite spot to catch the sun in the Danish summers.

A hyper-democratic approach
Set between 300-year-old industrial warehouses the new development is based on the constraints and demands from the public voices of Copenhageners and is a modern interpretation of the old buildings that are so characteristic for the harbour front in Copenhagen.

”The neighbours were for instance invited to help define the height of the buildings and to help select the materials – both crucial for the way the new Krøyers Plads relates to its surroundings. Instead of inventing a new building typology, Krøyers Plads became a reinvention of the one already found adjacent to the site – the industrial warehouse,” says Dan Stubbergaard, Founder and Creative Director at COBE.

The design is based on a hyper-democratic approach. An architectural storytelling that through a dialogue with the local community strives to create a meaningful and comprehensive in ll. The approach was to translate all signi cant characteristics of the old warehouses, such as the harbour facing gables, the heavy expression, building height and materiality, into modern design parameters that meet both functional and climatic demands.

The design by Vilhelm Lauritzen Architects and COBE was begun in 2011. In 2013, construction started and now the modern housing project is finished and the new owners have moved in. 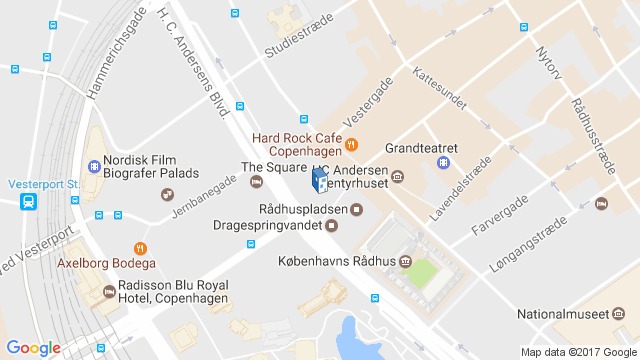 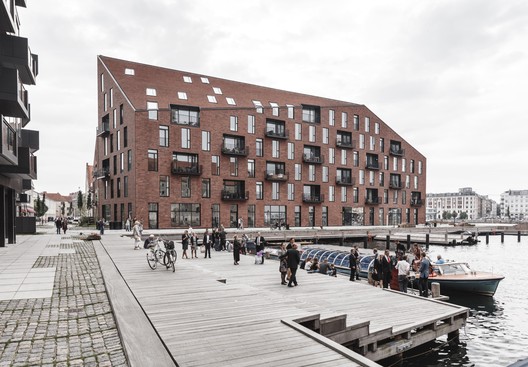