Alkiviadis Pyliotis and Evangelos Fokialis have won Second Prize in the European architectural competition for the new Cultural Village of Lemba, in Paphos, Cyprus, which called for spaces dedicated to the production of ideas and art to support the expansion of the village.

Entitled Inherent Simplicity, the proposal centers on spatial arrangements of fundamental architectural archetypes, as well as “the importance of outdoor life, social osmosis, and the vital relationship with nature to the condition necessary to artistic creation.” 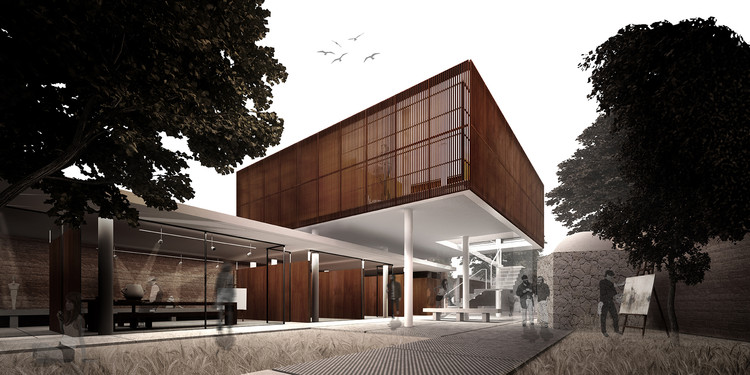 As requested by the competition brief, the project utilizes both old and new buildings, creating a spatial dialogue.

“The forms of the proposed buildings display a distinct architectural vocabulary with regard to the existing ones, without any tendency to imitate the stone buildings or be consolidated with them. The tracing follows the natural incisions of the site. The slender building components are ‘touching’ the ground without leveling it. Solving operational needs and building spaces of exceptional quality is achieved with minimal intervention. In this proposal, old and new are conversing by means of an inherent simplicity.”

Generally, the proposal consists of three pieces—a square, a school, and a guesthouse—all of which will be used by the Cyprus College of Art. The main school building consists of three parts: three shear walls of rammed earth, two panels, and two rectangular prisms. 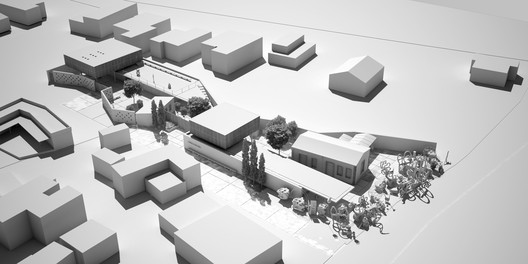