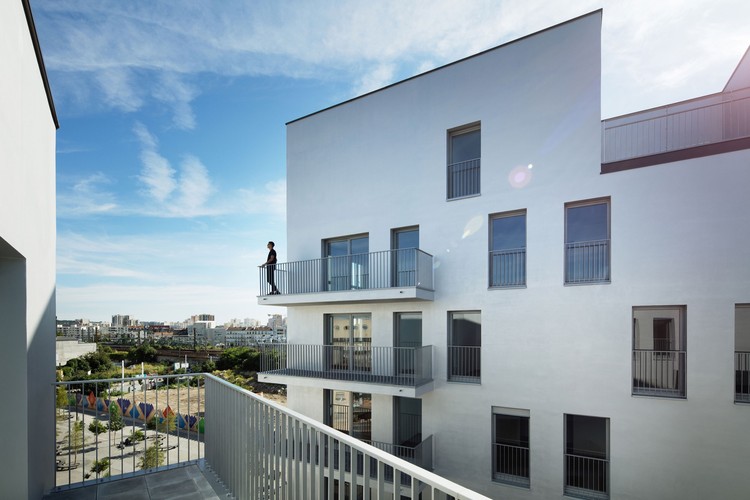 Text description provided by the architects. The project for Lot B1 of the Saint Denis Confluence urban project is located on the south side of the West Square in front of the RER Saint Denis station. It is one of the first projects to be built in this new district, and is a natural extension of the overarching vision of the coordinating urban planners. Thanks to its location, it is exceptionnaly visible from the front square of the railway station. The building takes full advantage of this location on the square, while masking effects and shadows created by inserting the building between the public space and the sun are minimized in order to ensure the highest possible quality of housing.

It is a relatively compact building aligned along the streets, it can be considered from different angles: its urban presence, its multi-functional street level that enlivens the public space, and as the part of a built environment encircling a central interior garden.

A large vertical fault opens a passage out of the north façade, revealing a less massive silhouette from the far end of the square, and allowing the planted, sunny interior of the block to be felt all the way from the station. Light and sun can therefore shine through from the south to the square and diminish the shadows cast by the building. The reflection of light on the interior façades of this passageway add vibrancy and a variable component that changes according to the hour of the day and the season.

Dividing the building in such a way allows for the multiplication of orientations, and maximizes the light and energy provided by the sun. All the landings are naturally lit.

The interior and city façades are in contrast one to another. On the city side, a strict pattern of openings confirms its urban stature. These facades are finished with a dark material (dark plaster) that is in keeping with the urban surroundings. The interior façades, on the other hand, largely exposed to the sun, are finished with a light-colored paint (light metal paint), which reflects the sunlight all the way to the square. A planted, open-ground garden sits in the center of the block. 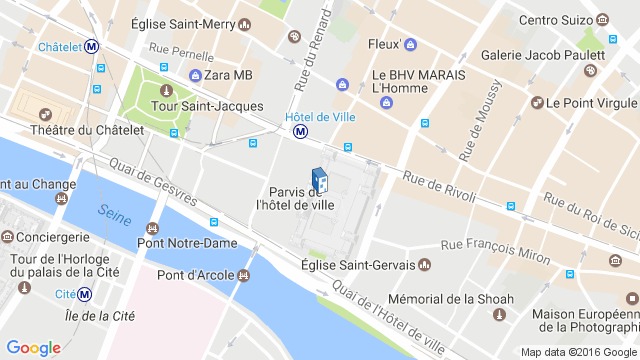 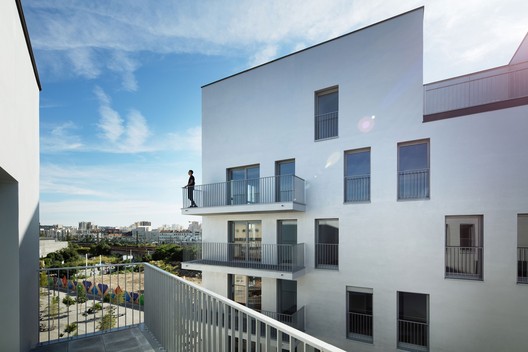