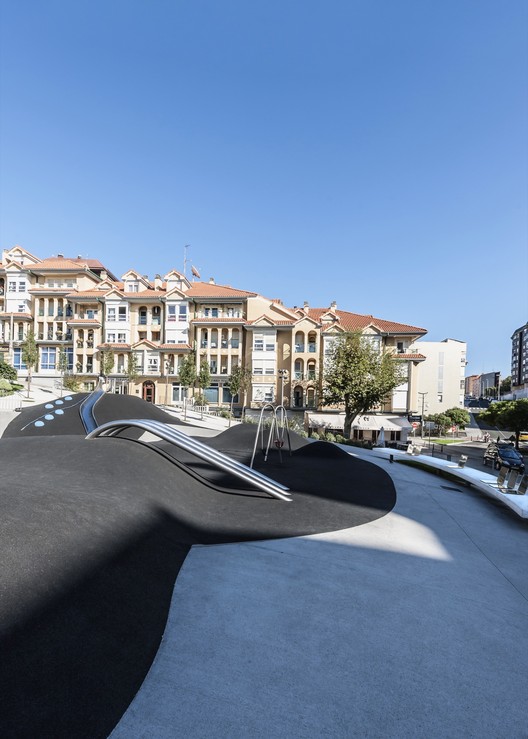 "Between valleys and craters" (the name of the proposal) has sought since its first sketches to create a public space able to generate a continuous ground plane capable of saving the large difference in level that the work area presented (6.20 meters in the worst part). Usable by 100% of its surface and, thus recovering a residual space in the city that had juxtaposed a series of independent operations (parking, electric installation, huge ramp to upper housing block...)

Once the project was assigned, the architects did field work with the aim of collecting proposals and future users concerns for this project. Restaurateurs and other neighboring businesses proposed valuable approaches, above all, existing problems that had to be solved with the final proposal. Some solutions were relocated and greenery were added (at first, the whole proposal was a square defined by a concrete floor as the competition required). It also accomplishes the city councils demands, ensuring the safety of users and taking into account the economic maintenance for the future.

The project has been designed with a ground plane as a sculpted topography, getting with its formal solution, accessible routes to higher areas of the square avoiding ramps and handrails. To this purpose, a regulating plane has been designed to find the easiest solution in its geometry getting minimal slopes capable of fulfilling the standards of accessibility. This plan applies actions which will result in a zoning of the square as "craters" that organize activities and circulations. A visual connection is achieved between all parts of the whole, but allowing the particular development of each of the uses. These craters are materialized in many different ways depending on their use. Concrete floors for terrace areas (for existing businesses) with shrubbery in their slopes, rubber soils in the playground, grass or other one occupied by a stands-like installation.

Over the project, a pattern of 3x3 meters serves as a basis for organizing trees (Pyrus calleryana), streetlights and other urban furniture . This grid also defines the expansion joints that is part of the striped pattern of the concrete floor . 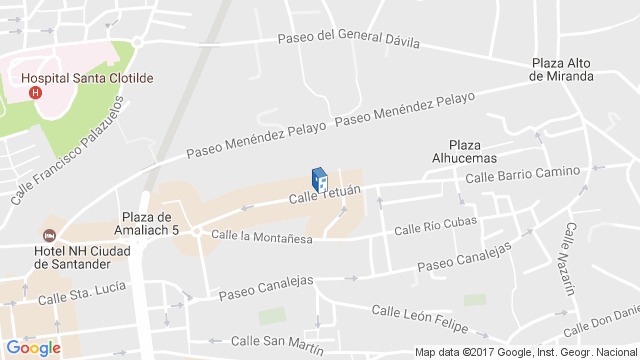