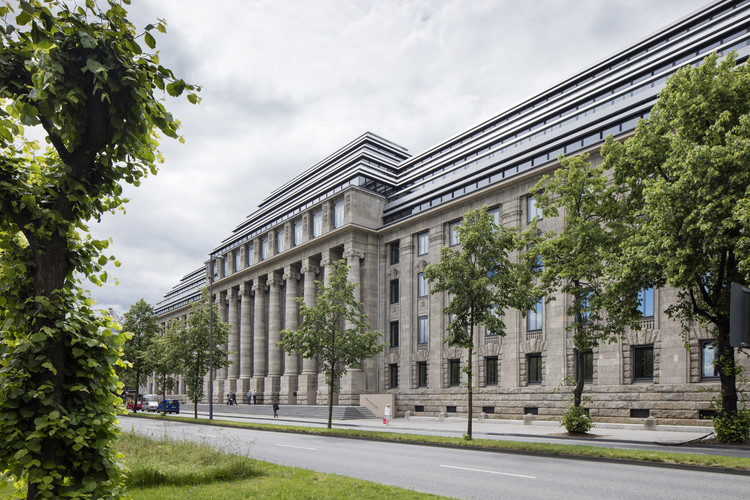 Text description provided by the architects. With the conversion of the former railway head office, Cologne‘s cityscape has received a new landmark. The new roof design has led to the recreation of the historic mansard roof as well as the generation of terraces with views of the Rhine River that are set between the metal bands surrounding the roof storeys and the set-back office facades.

The former railway head office is on Konrad-Adenauer-Ufer immediately opposite the Rhine River and in immediate vicinity of Cologne’s main railway station, the cathedral and the city centre. The design takes into consideration the listed building, including the historic facade layout, and develops a contemporary solution for the mansard roof that was destroyed during the Second World War. Horizontal metal bands surround the four uppermost storeys and, owing to the angle of their fixture, trace the slope of the original roof, which characterised the silhouette of the cathedral city for many years before its destruction. The glass facades behind the horizontal bands do not follow the slope of the original roof but are perpendicular to the floor plates. This feature creates deep roof terraces in the surrounding space offering panoramic views across the city. The listed facade of the lower storeys is upgraded; the impressive historical entrance hall is rebuilt and incorporated into the new build. Three ground-level entrances on Konrad-Adenauer-Ufer provide the opportunity to divide the building into three rental areas. They all fulfil the requirements of modern flexible office space and offer different office layout concepts ranging from single cell units to business lounges.

Corporate architecture – Roof as a logo

The design takes the existing listed structure, including the historic facades, into consideration and develops a contemporary, modern solution for the pre-war mansard roof structure, which now forms a distinct contrast to the historic features below. Clearly separated from the listed structure by a shadow joint, the new facade of the roof extension appears as an independent, homogenous structure with a horizontal arrangement, lending the add-on a dynamic, elegant and transparent look.

Metal bands envelop the four roof storeys and trace the slope of the historic roof contours that characterised the Rhine River silhouette of the cathedral city for many years. The glass facades beyond the bands do not follow the original sloped roofline but are set perpendicular to the floor plates. This feature generates deep, much-appreciated terraces in the surrounding space offering panoramic views across the city. The symbiosis of old and new, together with the streamlined roof, leads to the creation of a new landmark in the cityscape, which has a visible impact on Cologne’s Rhine River panorama from afar. 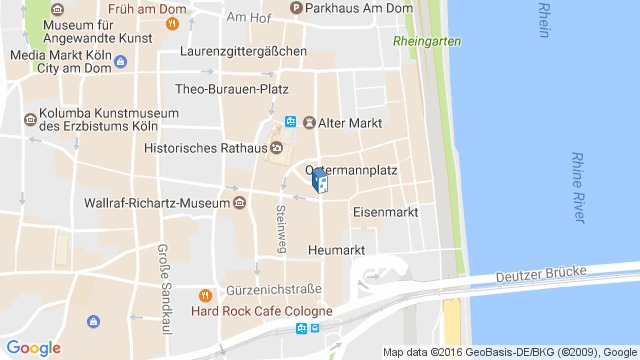 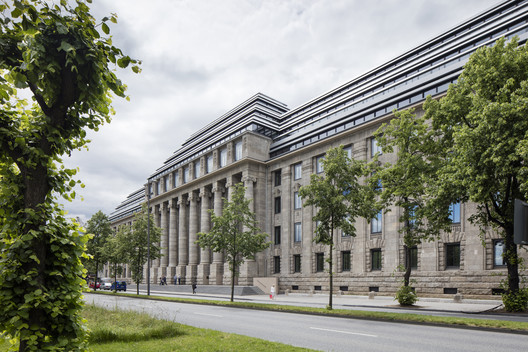