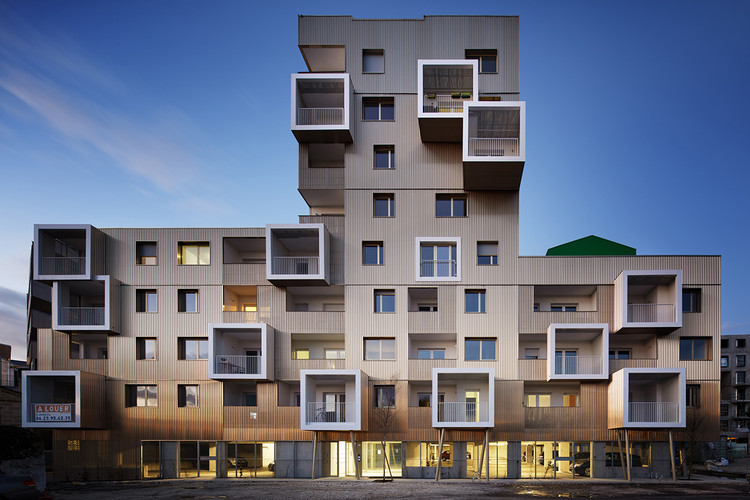 Text description provided by the architects. The Bassins à flots are a 162 ha niche site, a high-quality port and manufacturing district for which Bordeaux City Council has development plans. Nicolas Michelin’s instructions are to create a link between the site and the horizon and to build on the metaphor of the factory, warehouses and the navy.

Our project is very industrial in that it is solid, compact and metal-clad. There is the occasional raised element, one 9-storey building jutting up like a periscope. That is what the project is all about: putting together a serene skyline and creating an urban form similar to a village at ground level, with footpaths to maintain a feeling of wilderness.

Situated in the north of Bordeaux between the Garonne and the Bordeaux Lake, the Bassins à flot site is an exceptional territory, mainly because of its strong industrial history. “Urban Dock” is a major element of this site and offers its habitants a quality of life. The building synthesises the city’s different aspirations, and forms a tangible link between public space and this particular lot’s private space.

“Urban Dock”‘s contemporary architectural style is reflected in its harmonious sobriety. Located in a port zone, the project has a monolithic element running throughout it that echoes the spirit of the docks. The new construction consequently offers numerous openings on to the neighbouring basins and bodies of water. The general volumetry, the choice of materials and colours also contribute to the creation of a maritime feeling. The different levels (3 storeys, 5 storeys and 9 storeys) play around with scales and privilege several orientations and multiple points of view.

The building is clad in metal, which is occasionally perforated in order to allow loggias to appear whilst also highlighting the articulation of projections and recesses, creating intriguing vertical patterns. The cladding also produces an iridescent ‘double skin’ with different transparencies and a shell-like effect, with a shimmering exterior that provides a contrast to the white loggias located at the interior of the block. 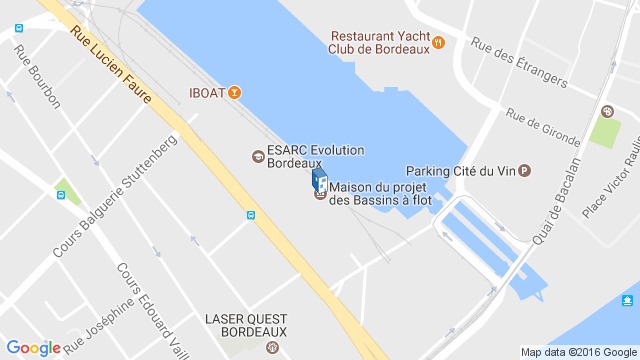 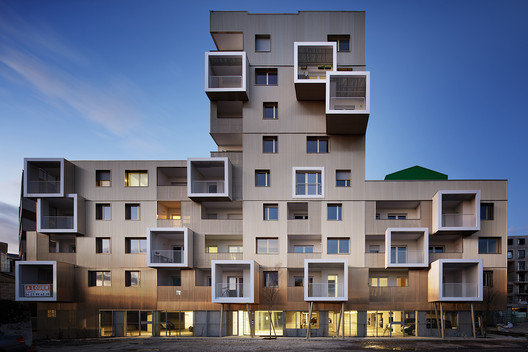