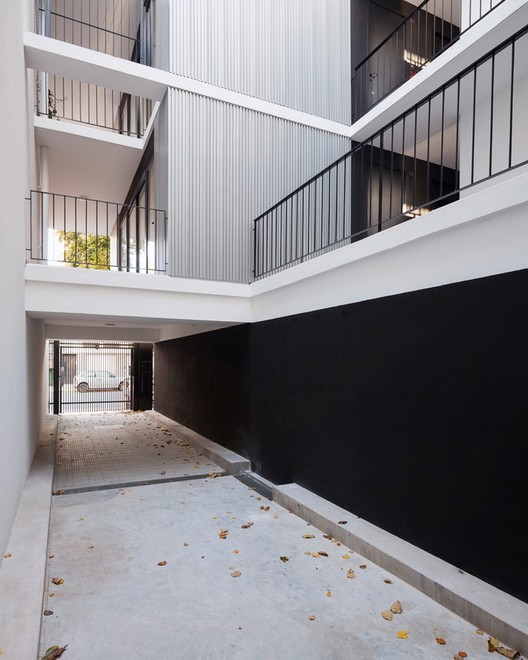 Text description provided by the architects. This Project is located between two blank walls in Colegiales, a neighbourhood of the City of Buenos Aires, Argentina. The request consists in 8 apartments. This particular lot presents the building code R2B1, and is located in an area characterized by a low residential density and a distinguished neighbourhood character.

To respect the urban profile of the immediate context, we decided to give space in prediction of the growth of an existing linden tree on the sidewalk, right in front of the building. To do so, me moved the main facade two meters back from the municipal line, generating a private access atrium, extending the public space into the private acces of the building.

The housing volumes have been lifted to leave the ground floor free for the access hall, common spaces and parking lot. Starting from the first floor the building is structured in two blocks separated by a central courtyard.

On one side of this outer space are the circulations, both the vertical (elevator and staircase) and the common horizontal walkway to access each apartment.

The dimensions of the central patio ensure the correct illumination of the units and the necessary privacy between them as well.

It’s in this articulation of the voids that the rereading of the code allows interesting resources at the spatial level: lateral galleries are offered through the constructed volumes, avoiding the tipical façade/front balconys.

This allows to enlarge the expansions and to generate a new third interior facade that guarantees an optimal illumination and enlarges visually and environmentally the space of the living-room.

It also refers, at the typological level, to the side patios against existing and defining walls of the "casa-chorizo", very common in the neighbourhood.

The building consists of 8 Apartments that are distributed by typology in the two main volumes, one that gives to the front that contains a two-roomed apartment each floor, and the one in the back has three-roomed apartment instead.

All the houses are articulated in the same way: bedrooms and bathrooms on one side, on the other one, an open area with living / dining room and kitchen and finally the expansion through outer terraces, that function as the exterior half-covered expansion of the living areas. 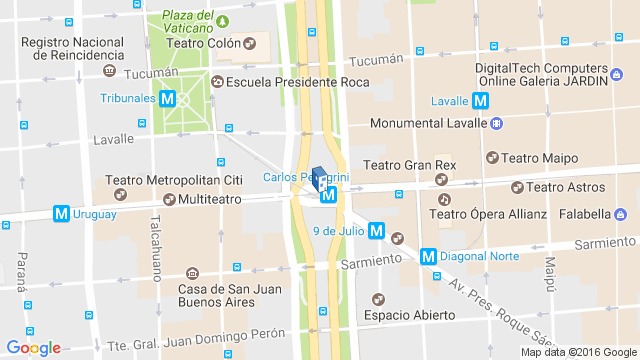