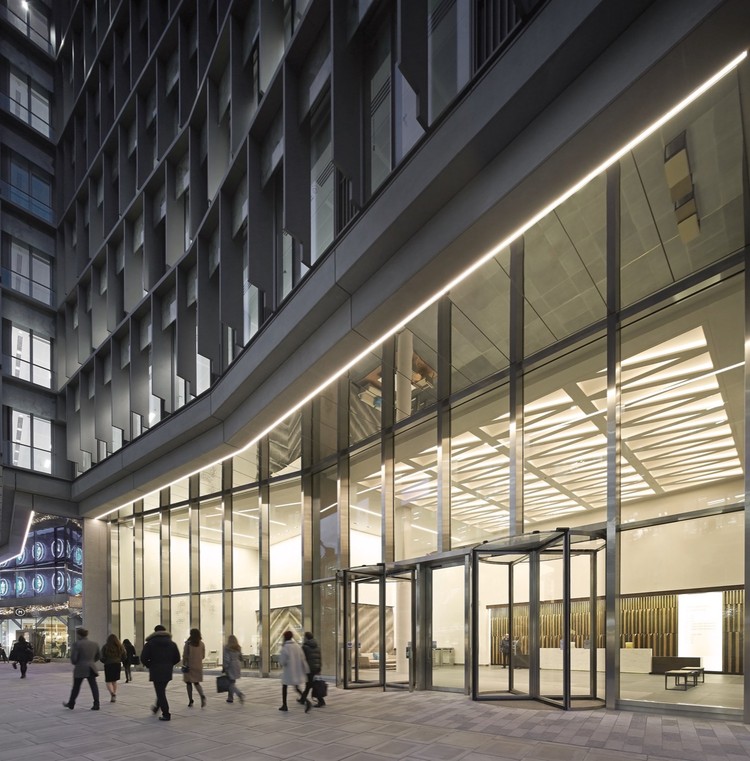 Text description provided by the architects. The Zig Zag Building replaces a 1950s office block on Victoria Street in central London, close to The Houses of Parliament and Buckingham Palace, with exemplary new office space. Colonnades at various scales indicate and define the entrances to the various different types of accommodation housed within the broader scope of our project e.g. offices, housing, restaurants, shops, bars, etc. Situated between a cathedral and a town hall, the design seeks to mediate between these two in terms of size and scale and to establish a credible and pleasurable urban spatial order connecting together the grain of this part of Westminster.

The relationships between the inside and outside of the building are articulated as a series of thresholds in carefully calibrated, shaded, open-able, yet mostly transparent façades that nonetheless appear solid from afar. Layers of shading not only add scale to the elevations, but also vary across the different orientations, offering occupants the possibility of the enjoyment of fresh air and natural light - along with the virtuous preservation of natural resources.

On the upper levels, above the retail accommodation at ground and first floor, the office facade has six principal components. The first is the internal structural columns, which are circular with minimal diameter.

This avoids an awkward relationship with the second element, the curtain wall, which has C31 anodized pale bronze-coloured stable-door style openable panels set up on a 1.5m grid and 3m panel. At least 2.5% of an office floor area must be openable façade to enable the fire brigade to purge smoke after a fire, and around the same proportion needs to be insulated. We have combined these two parameters to create a shutter that enables cross ventilation and which forms a Juliette balcony when fully opened. The façade works in tandem with the energy strategy for the building generally.

Capillary cooling in the concrete floor slab, combined with chilled beams, creates the possibility of omitting a conventional suspended ceiling, thus creating a floor-to-ceiling height of over 3.3m. In front of the curtain wall, and separated by a 50mm gap, are the third element, 3.7m x 65mm thick anodized fins of varying depths, that shade the façade from solar gain from the east and west.  At the lowest level, the fins are set at 1.5m centres and are 600mm deep, gradually diminishing in width and depth on successive floors i.e. as they get closer together they cast more shadow, and thus their depth reduces accordingly to conserve materials. This has the effect of making the building appear taller and more statuesque.

The fourth element is the horizontal cill that shades the facade from the south midday summer sun and which remains a constant depth throughout. The fifth element is a hanging translucent glass ‘doily’ protects the façade from solar gain and glare arising from spring and autumn midday sun, which is not quite at the zenith at noon but nonetheless often intense. The doily is made up of laminated glass with a printed inter-layer depicting a variety of images of onyx. Finally, the “zigzag” geometry of the building exaggerates the play of light and shadow across the façade, and this variety is complimented by patterns made as occupants open different parts of it on warm days.

The translucent doilies register another layer of inhabitation and respond to seasonal and diurnal time, as, in the winter months, they begin to glow towards the end of the working day. Terraces are planted with trees and flowers, emphasizing still further the presence of the natural world within the working lives of the inhabitants. Concern for the well-being of inhabitants is balanced by the care taken in the design of the landscape by Vogt, and is reflected in the art works of Rut Blees-Luxemburg and Timorous Beasties. The Zig Zag Building was pre-let to Deutsche Bank and to Jupiter Asset Management. The project won the Best Office Building award at The World Architecture Festival, held in Berlin in November 2016. 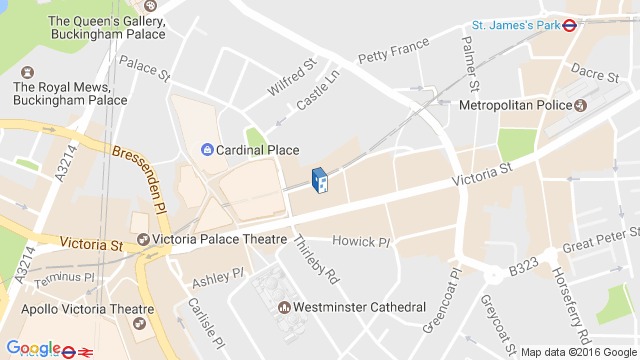 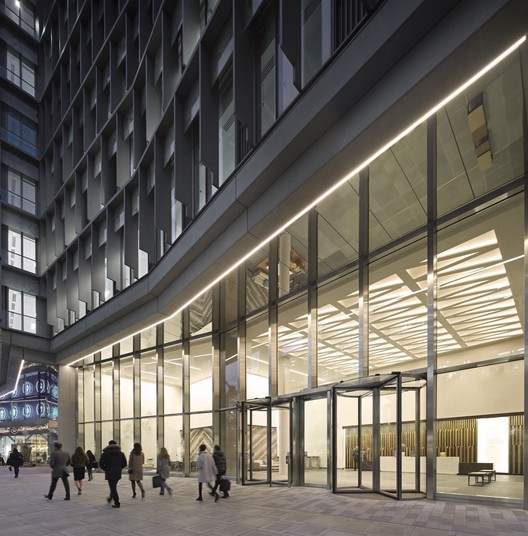