Text description provided by the architects. The design of the new headquarters of BNL is part of a particular and unique context. Unique because the nature of the context is a layering of infrastructures that are separated by two important urban areas of the city of Rome, thanks to the construction of the station for high-speed rail, which leads to a new role, not only in terms of services service but also as “urban place”. Particular because the area where the new building will stand, due to its geometric shape and topography and its relative orientation, suggests to design the building according to the principle of “Janus”. We consider it important that the new building develops a dialogue with the adjacent complex of Tiburtina railway station, with its main features characterized by size and horizontality. The dialogue does not necessarily have to be direct, but should have references both to perspectives and to the different levels of the station, and also a different role (the horizontal stratification) in the new urban landscape.

Our goal is to meet the functional needs with a building that is capable, in its autonomy and identity, to belong to the urban context of the Tiburtina Station and at the same time to be representative both for the city of Rome and for its users.

From these considerations, a proposal is made for a building that is able to relate differently to the north-west with the district Pietralata and south-east with the Tiburtina Station complex. Dynamic, reflective and fading, where its perception is mainly dynamic and different meter after meter (from the train, from the station, from the different areas of the city), almost as if it was moving, comparatively, where the context is urban or “slow”, facing North, the perception is static transparent and material.

The building thus assumes different roles leading our imagination to important works of contemporary artists and filmmakers who have treated the themes of perception and "reflection" of reality. 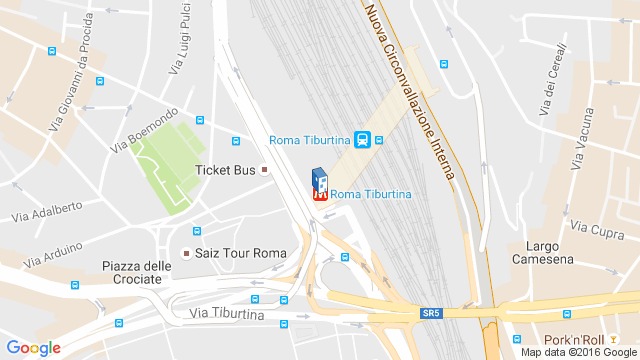