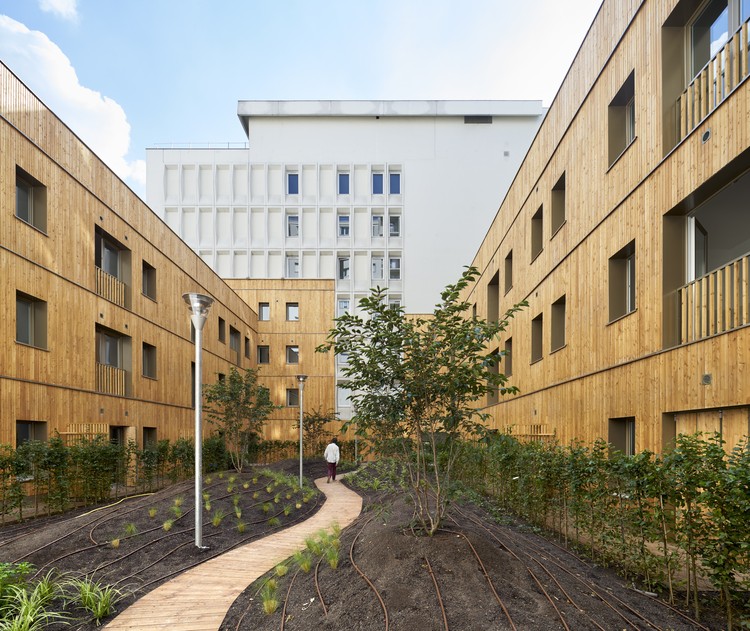 Making habitable: from the monumental to the intimate

How to put humans back into a prefabricated office architecture?

How to offer each inhabitant individuality from the repetitive facade of the 1970s?

How to turn a thick office building into personalized housing?

Here, the place is strategic: to the south, on the Quai des Carrières, the highway A4 and its noise very high, but also beautiful distant views of the Seine.

In the North, the heart of islet, with its views on the villa Bergerac.

The transformation keeps the spirit of the place while optimizing the qualities of living, between distant views and domesticity of the heart of islet.

The two orientations of the building thus offer two ways of living. Côté Quai, individual vegetated loggias with views of the distance and, in the heart of the island, in the privacy of a garden on courtyard.

From the repetitive to the individual: the loggias on the Quai des Carrières

To house the building, the facade of the Carrières quay, 260 meters long and oriented to the South, is redesigned.

Prefabricated concrete models are retained and existing windows are removed.

A new façade of architectural concrete is positioned 70 centimeters set back from the existing façade. Its finish in wood cladding participates in the domesticity of the facade.

This shrinkage regulates the solar contributions (by the effect of sun breeze generated by the existing). It gives a new identity to the building by the depth and the random rhythm of the loggias following the demolition of a large number of prefabricated concrete elements.

In order to comply with acoustic regulations, the windows on the street, in aluminum, are equipped with triple glazing.

The vegetation of the facade is permitted by its orientation but also by the regulated irrigation of the planters thanks to the recovery of the rainwater on the terrace.

The garden in heart of islet

On the courtyard side, a simple principle of demolition in North part draws a new heart of islet. Thus, the distribution of housing, the vis-à-vis between the facades and the solar contributions but also the installation of a collective garden are optimized.

Medium-growth plant species (2.5 meters maximum) have been planted to filter the views without reducing solar contributions.

The apartments on the ground floor have small terraces that open onto the garden.

The facades, made of wood with insulation from outside, are decorated with balconies for each of the dwellings. The panels and panels are treated in bronze-lacquered aluminum. 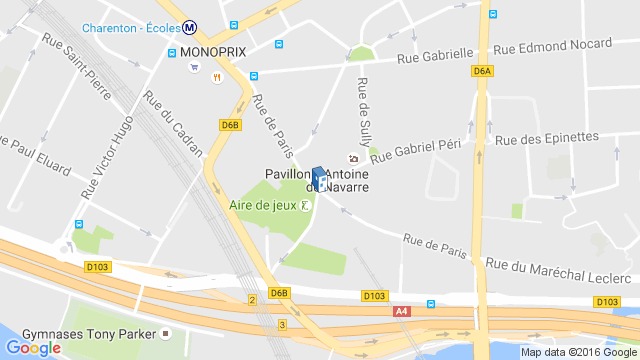 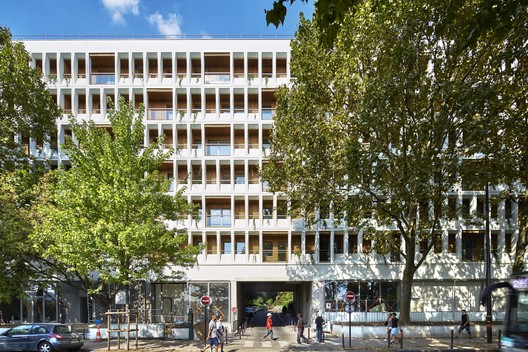 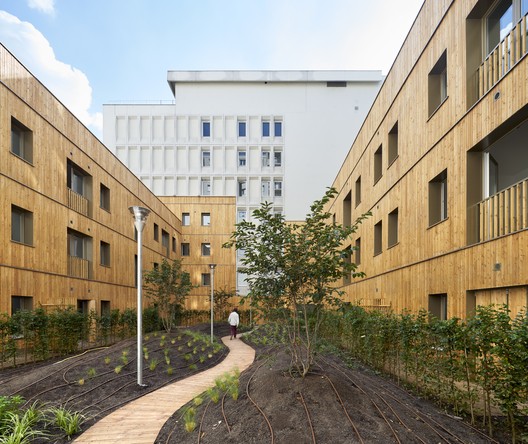