Filmmakers Ila Bêka and Louise Lemoine, creators of the Living Architectures seminal collection of films on architecture, will screen The Infinite Happiness—shot entirely in Copenhagen's "8 House" designed by BIG—exclusively on ArchDaily from Friday, December 2 until Sunday, December 4.

Marking the forthcoming release of two DVD box-sets of their entire œuvre (which was acquired by New York's Museum of Modern Art (MoMA) in 2016) Bêka and Lemoine have, over the course of the Living Architectures project, developed films about and in collaboration with the likes of the Barbican in London, the Fondazione Prada, La Biennale di Venezia, Frank Gehry, Bjarke Ingels, the City of Bordeaux, the Arc en Rêve centre d’architecture, and more. Their goal in this has always been to "democratize the highbrow language of architectural criticism. [...] Free speech on the topic of architecture," Bêka has said, "is not the exclusive property of experts." Their first film, Koolhaas Houselife (2008), has come to embody this unique approach.

Watch The Infinite Happiness on ArchDaily here from December 2 1800GMT. 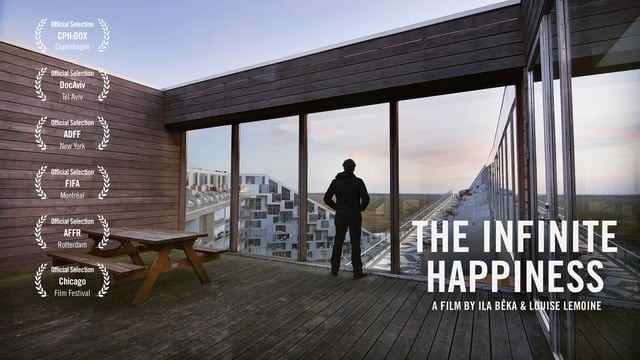 The pair have, in the words of Veronique Vienne, talked to "concierges, cleaning ladies, repairmen, security-system installers, and house painters" alike – "but also residents, neighbors, dog walkers, and occasional tourists." The result is a series of documentary films studying seminal buildings as seen through the eyes of everyday inhabitants, occupiers, and passers-by. "No talking heads, no voice-over, no off-camera commentaries – just the raw stuff of lives, whose relationship to the built environment is as much part of the architecture as the walls, the windows, or the roofs."

Conceived as a personal video diary, The Infinite Happiness is an architectural experience. The film takes us to the heart of one of the contemporary housing development considered to be a new model of success. Inhabiting the giant "8 House", built by Danish architect Bjarke Ingels in the suburbs of Copenhagen, Ila Bêka & Louise Lemoine recount their subjective experience of living inside this experiment of vertical village, named in 2011 as the world's best residential building.

Just like a Lego tower, the film constructs a collection of life stories all interconnected through their personal relationships with the building. The film draws the lines of a human map which allows the viewer to discover the building through an internal and intimate point of view, while questioning the architecture's ability to create collective happiness. What are the surprising results of this new type of social model designed for the 21st Century?

The Infinite Happiness will available to watch on ArchDaily from Friday, December 2 (1800GMT/1300EST/0200CST) until Sunday, December 4 (0800GMT/0300EST/1600CST). Return to this article during this timeframe to be linked to the screener. The full collection of Bêka and Lemoine's films can be purchased and viewed on demand, here. 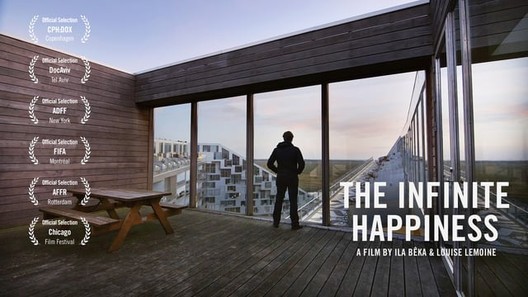