Completed in 2014, the project incorporates a metallic veil that wraps program elements in programmable LED lighting, in order to create a variable play of light on the city’s skyline. 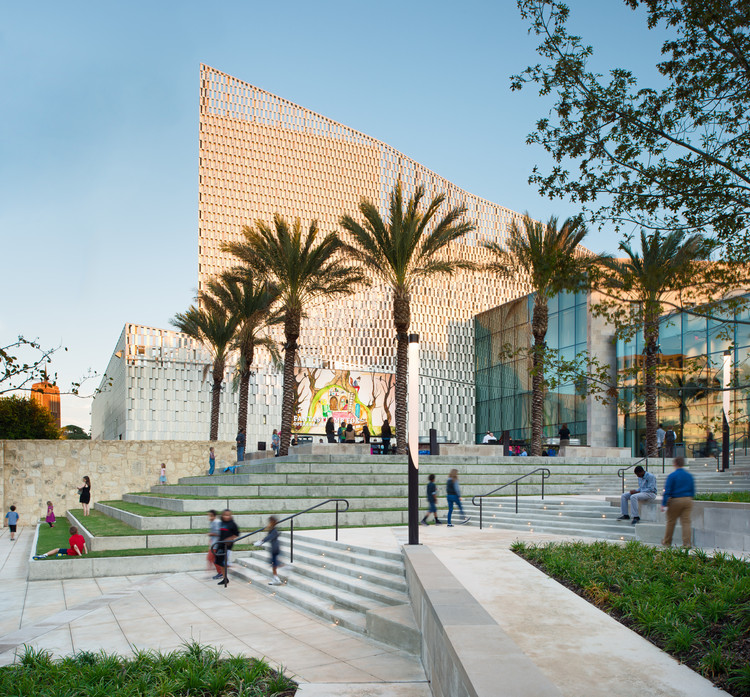 We drew inspiration for the architectural form and detailing from the Spanish Colonial style of the original 1926 Municipal Auditorium, as well as San Antonio’s rich vernacular of color, pattern, and public celebrations, said Mark Reddington, FAIA, lead designer and partner at LMN Architects.

The renovation additionally retained the Municipal Auditorium’s historic façade, while weaving a new 183,000-square-foot facility into the framework of the existing public space, including a 1,768-seat performance hall and a 231-seat flat floor studio theater.

The jury for the Award noted that “the Tobin Center for the Performing Arts brings a world-class, dynamic performance venue and gathering place to San Antonio while creating a vibrant connection between the city’s main cultural venue and the famed River Walk.”

The project is also the recipient of a 2016 Honor Award and a Mayor’s Choice Award from the San Antonio Chapter of the AIA, a 2016 AIA Washington Council Civic Design Awards, Award of Merit, and a 2012 Chicago Athenaeum American Architecture Award. 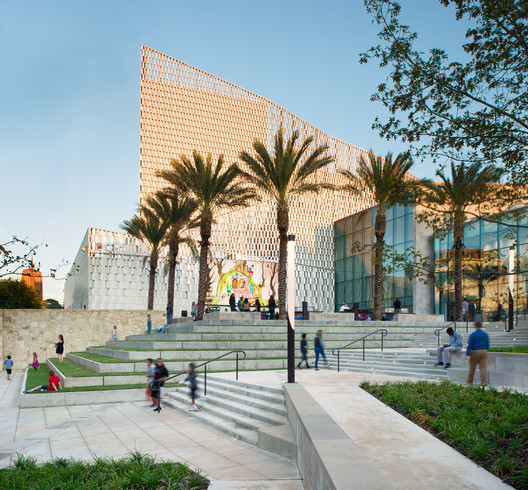