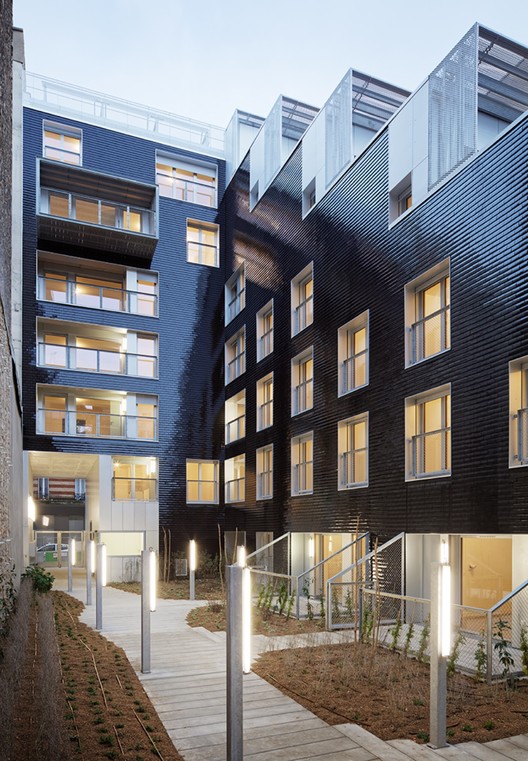 Text description provided by the architects. Close to avenue de Flandre and just a stone’s throw from the canal de l’Ourcq, rue de Nantes is a fairly traditional Parisian street of Haussmann and inner-suburb buildings.

The project gently inserts itself into a narrow parcel bordered by dense, adjoining housing. On the street side, it extends the building streetscape in a simple manner. On the garden side, the staggering from the 1st to the 6th floors creates large, private, south-facing terraces and allows for an unencumbered view of the sky.

The “L” shape and the general volumetrics allowed for the creation of a true, collective garden at the ground level, planted with tall trees. The three townhouses integrated into the overall volume look out onto this landscape. The building is clad with a façade of black enamel terracotta tiles whose reflections change depending on the quality and direction of the light. It provides an elegant and subtle continuity to the building constructed by Philippe Gazeau in 1993 for Toit et Joie on the facing parcel, situated along rue de l’Ourcq.

We created a small collective that blends into its urban environment with its simple salute and enlivens the center of the block with a beautiful version of convivial, green living. And to inject art into its everyday life, Atelier YokYok created a site-specific drawing on the common walls: silhouettes that choreograph the space and accompany the inhabitants in their daily movements. 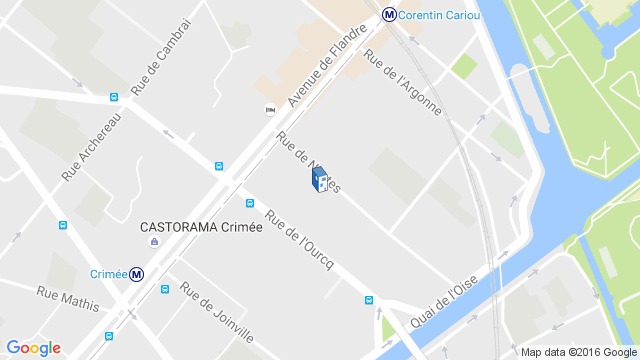