Save
The French International School of Beijing / Jacques Ferrier Architecture 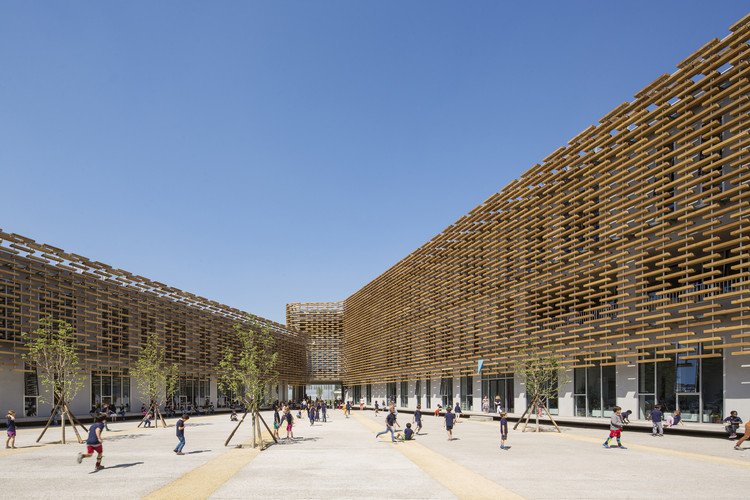 Text description provided by the architects. The French School of Beijing, designed by Jacques Ferrier Architecture, has been imagined as a built landscape. It is being developed on a site in the "Orchard" neighbourhood, which takes its name from the old orchards which, until recently, were a defining feature of this stretch of land alongside the road to the airport. Since then, the development of high-end residential blocks and international schools has introduced a new urban character with collections of low rise buildings alongside generous green spaces.

The building creates a continuous and unified space on the site, defining the various walkways and in line with the roads. It offers students and teachers a combination of protected and open spaces, with the landscape always present as a backdrop. The ground floor is home to shared spaces and functions: underneath an awning, the communal spaces for the various schools alternate with covered playgrounds. All of the outdoor spaces open towards the canteen's orchard and the sports facilities.

The entrances to the primary school and the secondary school and college are clearly separated, as are the flows of different students. There are, however, connections between the different sections of the school for the staff and teachers. The organization of the space is unambiguous and easy to read: the school hall and library are recognizable as soon as you enter.

From the second floor up, the classrooms are organized in a rational and flexible way. They are clad in a wooden lattice which seems to float above the organic surroundings formed by the lines of fruit trees. From the inside, this lattice is porous enough to let through light and not obscure views of the outside. It plays a major role in shading the building from the sunlight and protecting the school's activities from outside eyes. Finally, the lattice creates a serene, innovative and identifiable architectural look, drawing inspiration from traditional Chinese architectural.

The canteen and the gym hall have been designed as pavilions in the orchard. Alongside the stadium, they add the finishing touches to a project which combines architecture and landscaping to create a remarkable, environmentally- friendly place of learning. The metals used in the façades of these two buildings set up a game of reflections between landscaped and built environments.

The matt aspect of the wooden lattice around the main building interplays with the burnished surfaces of the gym hall and the canteen.

With a contemporary character which avoids modish excesses, the French school takes a long-term view of design, leaving open various possibilities for development and new uses. 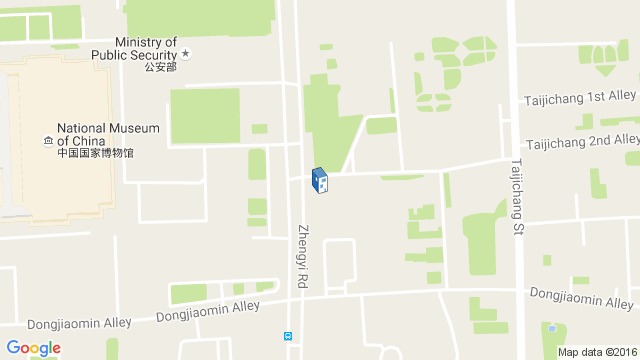 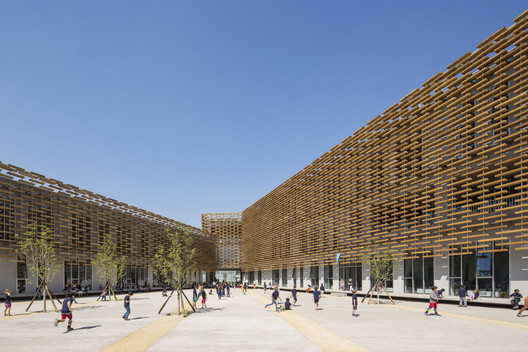