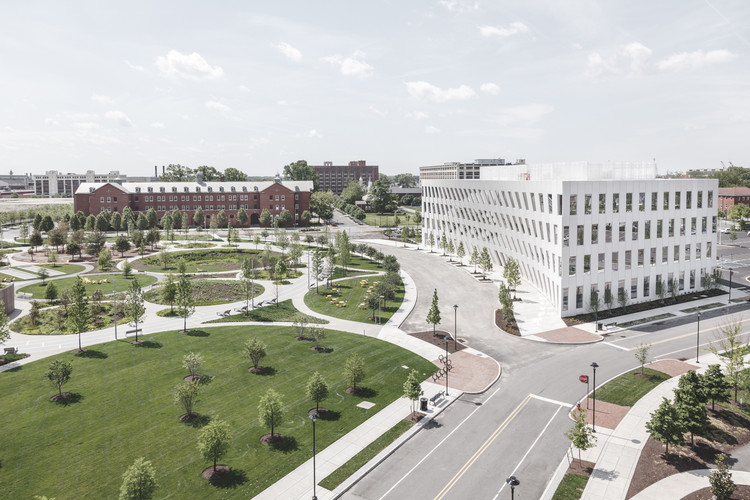 The building’s double curved, pre-cast concrete façade bows inwards to create a generous urban canopy that responds to the ‘shock wave’ of the park’s circular running track, activity pods and planting vignettes - rippling outwards like rings in water to invade the building’s footprint. Shaped by the city grid, the cornice and remaining elevations return to the orthogonal design of the Navy Yard's master plan, forming the building's double curve and melding the neighborhood’s two dominant forms.

Referencing the Navy Yard’s maritime history while providing much needed natural light, a functioning periscope penetrates the core of the building, projecting views of the Navy Yard basin into the center of the elevator lobby. Visitors and employees can admire the mothballed ships sitting in the adjacent docks while embracing Central Green Park - connecting the building and its inhabitants to their surroundings. 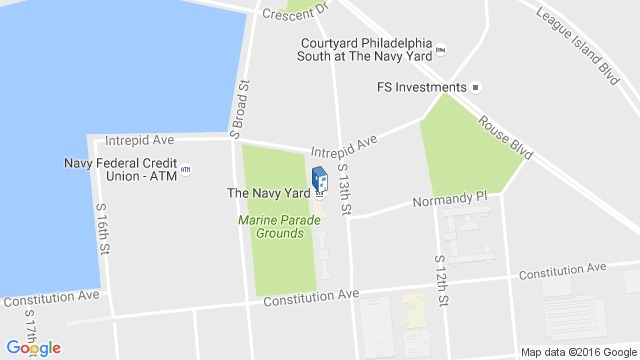 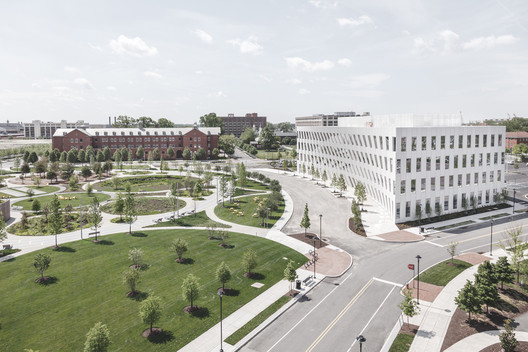